If approved, Arizona cities and towns will be banned from levying taxes on food meant to be eaten at home. Some say the ban will impact municipal budgets. FOX 10's Nicole Garcia reports.

PHOENIX - Arizona lawmakers are pushing to make groceries more affordable for some residents, by introducing a bill that would eliminate a tax on food items.

Not everyone, however, is onboard with the proposed bill.

Here's what you should know about House Bill 2061.

The bill seeks to amend Section 42-6015 of the Arizona Revised Statutes regarding to city taxes.

Under the proposed bill, cities, towns, or other taxing jurisdictions in Arizona cannot levy "transaction privilege, sales, use, franchise or other similar tax or fee, however denominated," on the sale of food items, as defined under law, that are meant for human consumption at home.

The bill passed 6-4 in a State House Committee, with all Republicans voting yes.

What's the current law on such taxes?

Under current law, food items intended for human consumptions at home can be taxed, so long as the tax is "applied uniformly with respect to all food, and an additional tax or fee differential is not assessed or applied with respect to any specific food item."

Arizona has no grocery taxes on the state level, according to a fiscal note posted on the Arizona State Legislature's website

Are there Arizona cities that tax food items?

While the state, along with most large cities within Arizona, do not tax food or household items, there are some cities, such as Cave Creek Gilbert, Scottsdale and Wickenburg, that do have a food tax.

Such food taxes range between 1.5% to 3%. Shoppers in Cave Creek, for instance, pay a 3% tax on food items. In Scottsdale, the tax there is under 2%.

In all, the fiscal note posted on the Arizona State Legislature's website states that 65 of Arizona's 91 incorporated towns and cities taxed food for home consumption in the 2022 Fiscal Year.

What are politicians saying about the bill?

State Rep. Leo Biasiucci, who introduced the bill, said in a tweet that "Arizonans shouldn't have to pay taxes to put food on the table for their families."

Democrats in the Arizona State Legislature spoke out against a bill. On their Twitter page, they say grocery taxes make up a big portion of budgets for towns like Taylor, Springerville, and Benson.

How will the bill affect the budgets of some Arizona towns?

According to the fiscal note posted on the Arizona State Legislature's Website, proceeds from grocery taxes levied in Arizona totaled $158.3 million for the 2022 Fiscal Year.

The state budget will not be affected because Arizona has no grocery taxes on the state level.

What about ordinary Arizonans? What are they saying about the bill?

Grocery shoppers we spoke with had mixed reactions.

"The tax has to come from somewhere. We’d rather have it on retail goods," said Diana Gorsche of Cave Creek.

"I think I'd rather pay the 3% grocery tax, because property taxes are something more permanent, whereas food taxes can vary," said John Gorsche of Cave Creek.

On Twitter, some users also spoke out against State Rep. Biasiucci over the bill.

"Firefighters and police officers need to be paid. Stop with this performative nonsense. Do your job," tweeted a user named ‘Judy,’ who claims to be a retired junior high science teacher in Arizona. 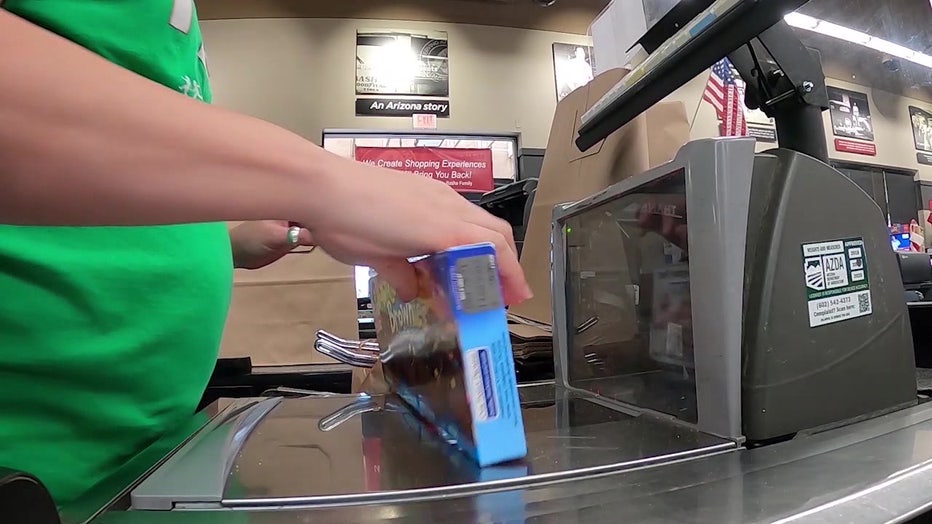