The district is hosting a series of listening sessions to hear from the community on how to move forward, and improve safety in general. FOX 10's Stephanie Bennett reports.

PHOENIX - A school district in the Phoenix area is reconsidering the role of police on campus, years after they removed School Resource Officers.

As part of the reconsideration, officials with the Phoenix Union High School District are hosting a series of listening sessions to hear from members of the community on how to move forward, and improve safety in general.

Here's what you should know about the district's history with SROs, and what they might be doing, going forward.

When did Phoenix Union High School District get rid of SROs?

In July 2020, we reported that officials with the Phoenix Union High School District (PXU) decided to not re-sign an annual agreement with the City of Phoenix for SROs.

"As the district responsibly yet courageously addresses two pandemics, racism and COVID-19, [Superintendent] Dr. [Chad] Gestson said that this is the right time for PXU to revisit and even rethink school safety," read a portion of a statement released by district officials at the time.

The decision to not re-sign the agreement with City of Phoenix happened during the height of the COVID-19 Pandemic, with officials at the time saying that the 2020-2021 school year  will see even more campus closures and remote learning, which leads to a reduced need for day-to-day school safety measures.

In addition, the decision in 2020 was made amid national controversy over racial inequality and police brutality, which led to calls for partnerships between schools and police departments to end.

Did PXU's decision save money?

PXU's decision to not renew their agreement freed up around $1.2 million, which was allocated to other safety measures.

What are those safety measures?

In the 2022-2023 school year, PXU officials were able to create a safety division with dedicated staff across all campuses.

In addition, PXU officials were able to increase their training on emergency response and de-escalation strategies, They were also able to add more social workers and invest in infrastructure.

Was PXU the only school district to end its partnership with police?

In 2020, we reported on a number of school districts across the country that ended their partnership with police departments, including school districts in Minneapolis and St. Paul, Minn., Seattle, Wash., and Prince George's County in Maryland.

At the time PXU made its decision, a former member of the district's board disagreed with the decision.

"In my opinion, the School Resource Officer’s first off these officers that want to be on schools. These are not officers that are being forced by their precinct or their cities to be put into the schools. They apply to get in because they want to work with kids," said Randy Schiller.

Have PXU schools and/or students been affected by safety incidents since 2020?

In November 2021, a 16-year-old was shot on the campus of Cesar Chavez High School. The boy suffered non-life-threatening injuries, according to police. Later that same month, Phoenix Police officials announced the arrest of a 15-year-old in connection with the case.

In September 2022, a fight and what was described as "possible popping sounds" led to a school lockdown at Central High School. Three juveniles were later identified by police as victims.

What about the listening sessions that are being held now? What are the goals for the sessions?

The goal, according to district officials, is to hear from the community about safety measures they would like to see.

"Just trying to get community members to take a vested interest in seeing what goes on campuses here, safely-wise," said Katie Gipson McLean. McLean is a former PXU student who is now chairwoman for PXU's Safety Committee.

What are parents saying during the sessions?

One of those meetings took place at Betty H. Fairfax High School in Laveen on Jan. 17, and during the meeting, parents spoke with school officials about their opinions on school safety.

"We have had some issues on this campus, in particular, in the last year, and so I am just interested in seeing what the district is doing, what kind of feedback they are taking," said Jaclyn Swope.

Swope has two children at Betty H. Fairfax High School, and she said school safety is always on her mond.

"We have had actual lockdowns on this campus, not drills," said Swope. "My kids are making TikToks with their friends, and they are on the second story, where there are windows, so if somebody was on the catwalk with a weapon, they could harm my kid."

Other parents we spoke with say they want the SROs back.

Officials, however, appear to want a different solution.

"We are not making a decision regarding bringing SROs back. We are making recommendations on how the district will deal with safety as a comprehensive issue or plan, moving forward, without SROs that does involve some aspect of law enforcement relationship."

A listening session is scheduled to take place on Feb. 11 at Carl Hayden High School. 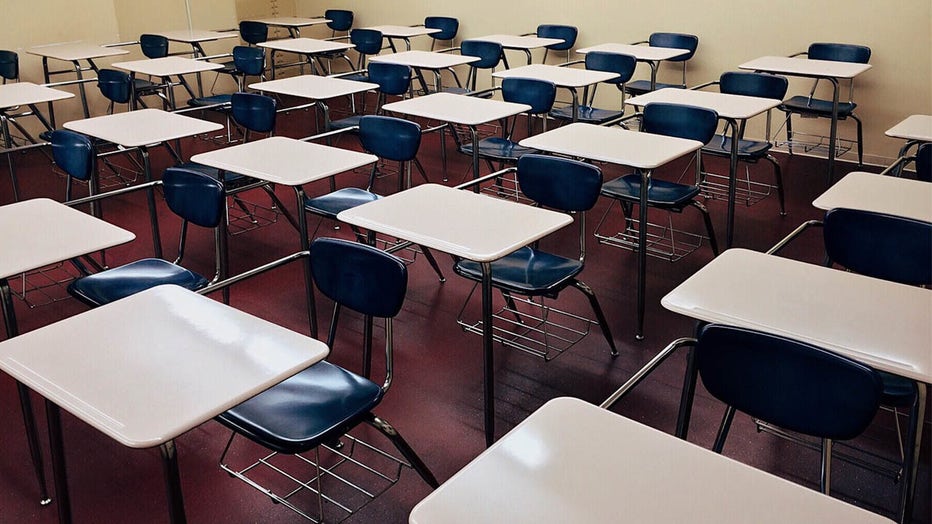