Arizona's Prop 207 social equity licenses will help many low-level marijuana offenders turn their lives around and become business owners, but what are the downsides to obtaining the pricey license?

PHOENIX - Last November, Arizona voters passed Proposition 207, which legalized recreational marijuana, but it also allowed those directly affected by the war on drugs to clear their names and become a part of the growing industry.

Now, more than two dozen social equity licenses will soon be handed out to minorities in the community, so they can open their very own dispensaries.

Licenses can turn lives around for the better

You can get a tattoo and maybe a fresh haircut on Phoenix’s west side at Phase 2 Barbershop. Owner Jeff Graves might not be a hair expert, but starting a business was one of his only options

He caught a low-level felony marijuana charge and he thought the charge would be in permanent ink, saying, "That was a major downfall."

Possession of a small amount of pot meant his opportunities were limited so had to open his own business to make a living. But now, he wants to blaze new trails and add marijuana shop owner to his resume.

He’s expected to be one of potentially thousands of Arizonans seeking one of 26 social equity licenses.

"It’s very important that these social equity licenses go to people actually trying to help out the community," Graves said.

Applicants pay a non-refundable $5,000 fee to be considered. They have to have a low-level offense eligible for expungement, and a family of four must have an income that is less than 200% above the poverty line, which is about $53,000.

The licenses, at least in theory, are meant to be helpful to those hit hardest by the war on drugs, low-level offenders who had their lives upended. 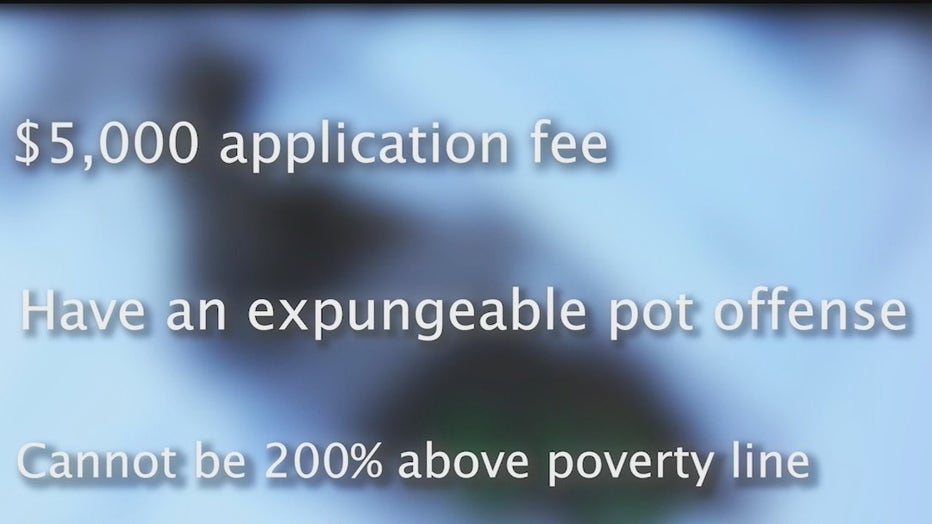 Licenses could be resold for millions

Cannabis Trade Association founder Demitri Downing has been holding seminars for people interested in applying for licenses, and interest is high.

An applicant awarded a license could potentially turn around and sell it to an established marijuana business, possibly turning it into a multi-million dollar lotto ticket.

"What’s going to happen to a person who wins the license from an impoverished background, and they suddenly have a $10-20 million lotto ticket. Do you think they’re gonna open up a business, or cash out? What would you do?" Downing speculated.

Downing is helping Ari Munoz through the process. She was hit with a possession charge as a teenager.

"It would definitely make me feel better but I don’t feel like things will change if the laws aren’t changed so that people don’t get those kind of ridiculous charges," she said.

The end result could be a cannabis minefield.

Clark Wu, a cannabis attorney from Bianchi & Brandt, can’t stop taking calls on Prop 207 and the recreational process, saying, "The spotlight is on Arizona right now because we’re one of the newest states who’s currently developing our social equity program but we’re not the first state to do it, but none of them have succeeded." 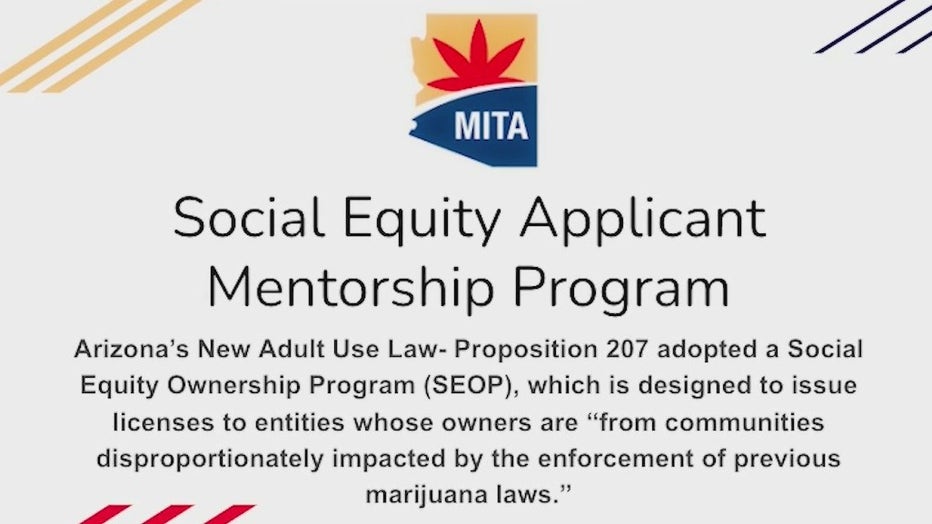 The downside of a social equity license

Nobody understands the shortcomings of how to build off a social equity license better than Arizona’s neighbor to the west, California.

The future building of Josephine and Billie’s in Los Angeles has been sitting vacant, thanks to a social equity license awarded 22 months ago. Owner Whitney Beatty has been paying rent for the building the whole time.

"In order to apply for a license, we were required to have a few things. We had to have a signed lease on a location, and you had to be paying for that lease. And that’s a problem with social equity when it’s set up that way because with these delays, it means that I’ve been paying on this lovely location for 22 months without selling any cannabis," Beatty said.

She has no desire to flip her license. Social equity to her means starting a business and being a player in a game typically reserved for the more fortunate.

She doesn’t want to see minority owners in Arizona go through the same thing she did, saying, "We need to make sure that we’re offering loans and grants and assistance. Because at the end of the day if we’re having a program that says you get prioritization for being low income, we can’t send them out to build something incredibly expensive and expect them to be able to do that. How does that work? The math on that doesn’t add up. But we’re giving you this golden ticket and now we’re kicking you down the hill. You gotta give people the resources to survive."

How licenses can impact lives, businesses in Arizona

Back in Arizona, Graves wants to be a player in the same game.

"Every day I wake up and go to the store. I see people who were victimized by a small amount of marijuana whose lives were turned completely around. I don’t want to get the license and sell it the next day or even the next year. This is something I want to keep in my family forever and get that generational wealth and help out the needs of the community."

A license to him isn’t a one-time ticket for some green, but it could make up for years of lost time.

These figures put the state on track to surpass a billion dollars in sales by the end of the year.