PHOENIX - The Associated Press is projecting that Arizona voters have voted to approve Proposition 207, a ballot measure that will legalize recreational marijuana in the state.

According to unofficial numbers by state elections officials, the "yes" vote is at 60% for Proposition 207, the recreational marijuana legalization measure.

Proposition 207 would let people 21 and older possess up to an ounce of marijuana or a smaller quantity of “concentrates” such as hashish, allow for recreational marijuana sales at licensed retailers and for people to grow their own plants.

The Smart and Safe Arizona Act also levies a 16% excise tax on pot, on top of the standard sales tax that goes to state and local governments.

The new excise tax could bring in $166 million a year and would go to community colleges, local police and fire agencies, local and state transportation projects and public health and criminal justice programs. Including state and local sales taxes, the Legislature’s analysts estimate $255 million a year in new revenue.

The measure is backed by the legal marijuana industry. Supporters argue it’s time to rescind Arizona’s punitive penalties on marijuana, test marijuana being consumed and cut down on crime associated with smuggling and illicit sales. 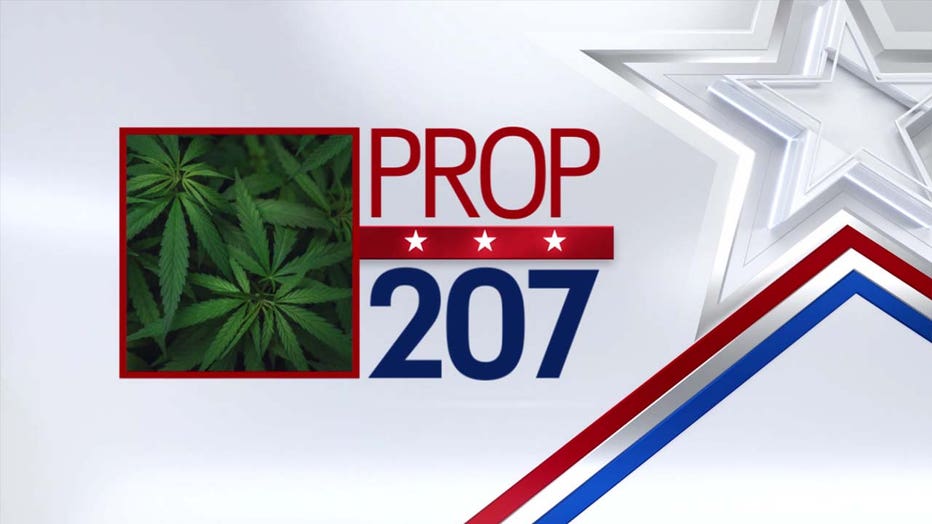 Opponents argue that legalizing pot will make workplaces less safe, increase teen drug use and fill the state’s roads with stoned drivers. They include social conservative groups, the Arizona Chamber of Commerce and Industry and many Republican elected officials, including Ducey.

If Proposition 207 passes, marijuana will become legal when the election results are certified in about a month. Retail sales could start in May.

Supporter opponent speak out as Proposition 208 projected to win

The proposition would raise taxes for the wealthy in order to fund education in Arizona.

On Nov. 5, the Associated Press made a projection that voters have voted to pass Proposition 208, a ballot measure that will raise taxes on the wealthy to fund K-12 education in the state.

The new tax could bring in nearly $1 billion of new revenue annually to the state’s underfunded school system.

According to unofficial numbers by state elections officials, the "yes" vote is at 52% for for Prop 208.

"We’re thrilled that Arizona has supported us. We knew they would," said Joe Thomas with the Arizona Education Association, on Nov. 6.

The approval of Proposition 208 came after the state’s business community spent millions trying to defeat the measure backed by many educators and progressive groups. They argued it would hurt the state’s economy.

“By voting Yes on 208, Arizona voters made it loud and clear they want teachers to be compensated properly and have the resources needed to successfully educate their students,” said Joe Thomas, President of the Arizona Education Association, the state’s largest teachers union.

Proposition 208 is designed to boost pay for teachers and support staff, plus fund teacher training and education, and increase career and technical education.

The additional 3.5% tax would be levied on income above $250,000 for individuals and $500,000 for married couples. Those taxpayers currently pay a 4.5% rate on money earned above those amounts. Analysts have said the new tax would cost the average taxpayer earning between $500,000 and $1 million an extra $5,459 yearly.

Tom Wheelwright, CEO of Wealth Ability, however, says the added taxes could have a negative impact on the local economy, and he says it will take a toll on area businesses.

"It will cause people to not move into Arizona," said Wheelwright. "We will lose jobs."

The Invest in Education Act is the latest outgrowth from a statewide teacher strike two years ago that highlighted low wages for educators and a slow rebound from budget cuts enacted after the Great Recession. The walkout gave teachers a 20% percent pay raise over three years but fell short of what strikers demanded. 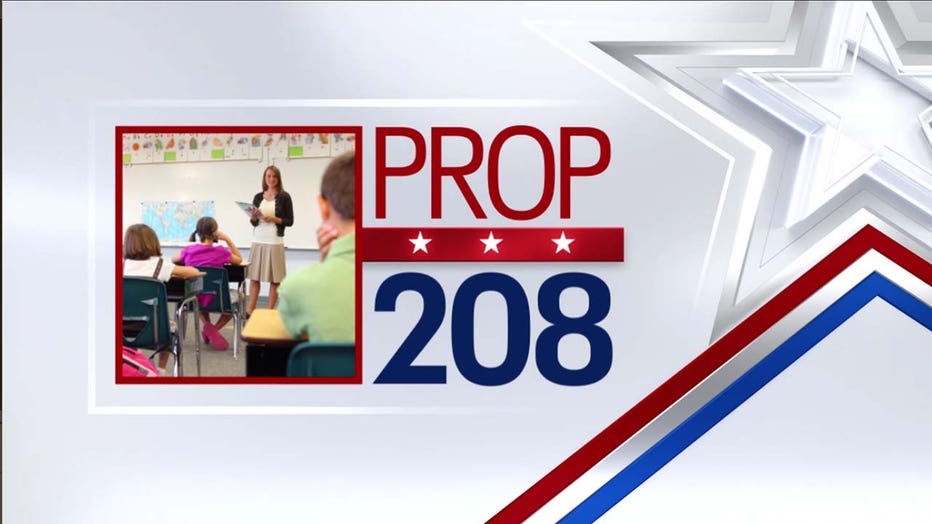 Arizona’s K-12 public schools have been strapped for cash for more than a decade and have struggled to educate their 1.1 million students. Classes routinely have 30 students or more.

Opponents say Proposition 208 will hurt the economy and bring only partial relief for cash-strapped schools.

GOP House Speaker Rusty Bowers on Thursday said the fallout from the passage of both the tax measure and a measure legalizing recreational marijuana would be immense for the state’s economy.

“The companies are going to say, ‘If you are going to start taxing me more for being successful and giving people jobs, and if you’re going to make my workforce ... where I can’t guarantee safety, I’ll go somewhere else.’ They can move.”

Supporters of the measure dispute warnings about economic fallout, saying employers want to see quality schools and a well-educated workforce. They say it could raise about $940 million a year for schools, although the Legislature’s budget analysts estimated it would bring in $827 million a year.

Business groups leading the charge against the measure have spent millions to persuade voters to reject it, arguing that it will hurt the state’s economy and small businesses in particular. Most small business owners pay taxes at the individual level.

The Legislature has pumped significant cash into schools in recent years, including a 20% percent pay raise over three years that was prompted by the strike. But schools were never repaid billions they lost in cuts over the past decade, and teachers here remain among the lowest-paid in the nation.

The passing of Propositions 207 and 208 can be seen as a repudiation of Republican Gov. Doug Ducey and GOP conservatives who control the Legislature. They have refused to change the state’s tough marijuana laws and been unable to fully restore education funding cut after the Great Recession.

Get the latest election coverage and results at fox10phoenix.com/election or download the FOX 10 News app -- it's FREE!

Democrats are optimistic that Arizona’s changing demographics and President Donald Trump’s unpopularity among some voters can push Mark Kelly to victory in Tuesday’s election.

Political consultant breaks down why, how Arizona politics are changing

A political consultant says changes in how Arizonans are voting could have to do with education, income and out of state voters.