PHOENIX - Maricopa County Supervisors are preparing to do something that has never been done in the county's history, conduct an appeal hearing for a suspended official.

County Supervisors met Wednesday with their attorneys to create a framework of how the appeal hearing will play out next week.

As his criminal trials wind through the judicial process in Arizona, Arkansas and Utah, suspended County Assessor Paul Petersen and his attorney are appealing the board's decision to suspend the County Assessor for 120 days without pay. The judge in this case is the board of supervisors, the same group of people that handed down his suspension.

"It's not dissimilar to a judge, a judge can rule on a case and the attorney can file a motion for reconsideration," said Board Chairman Bill Gates.

Petersen's attorney had demanded the board and other prominent Maricopa County officials, such as Sheriff Paul Penzone and County Attorney Allister Adele, be forced to testify during the hearing and demanded records, communication logs and other personnel documents.

In a letter, the board's attorney called the demands "mind-boggling," "overboard" and called some of Petersen's statements "indescribably offensive."

"We are not subpoenaing witnesses at all to testify," said Gates.

Petersen's attorney declined to reveal details about the evidence and witnesses he plans to present, saying," we've got a good case and we are looking forward to the hearing."

"This will be his opportunity to argue why we got it wrong and our job as the board is to listen to that, give him his due process, deliberate and come up with a decision," said Gates.

The suspension hearing is scheduled for December 11 at 1:00 p.m.

Meanwhile, the eight pregnant Marshallese women that were caught in the middle of Petersen's legal woes, have reportedly moved out of the Mesa apartment they were living in. Some have gone through with original adoption plans, and some chose to keep their babies. 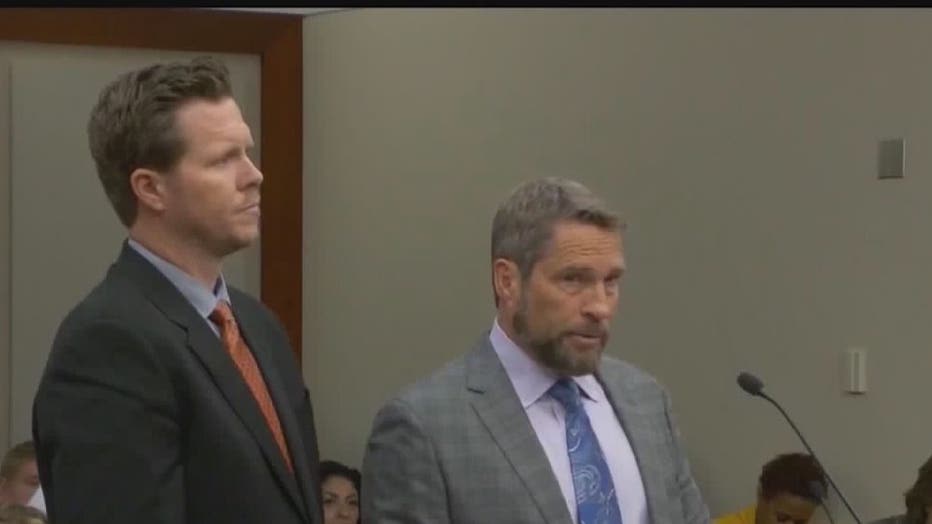