SkyFOX was over the aftermath of a crash near 51st Avenue and Glendale Road that caused a box truck to hit a power pole and a building.

GLENDALE, Ariz. - A major road in Glendale has been shut down after a box truck reportedly struck down a power pole and crashed into a business early Friday morning.

Firefighters are asking residents to avoid 51st Avenue between Orangewood and Glendale Avenue for the cleanup.

The truck is reportedly leaking diesel fuel, and photos showed power lines partially knocked over. Water could be seen spouting from a fire hydrant.

The collision caused the truck to veer off the roadway, knocking over a power police and hitting the exterior patio area of a business.

Both the northbound and southbound lanes on 51st Avenue will be closed until the utility company can take care of the power lines, police said.

It is not known if speed or impairment was a factor in the crash. 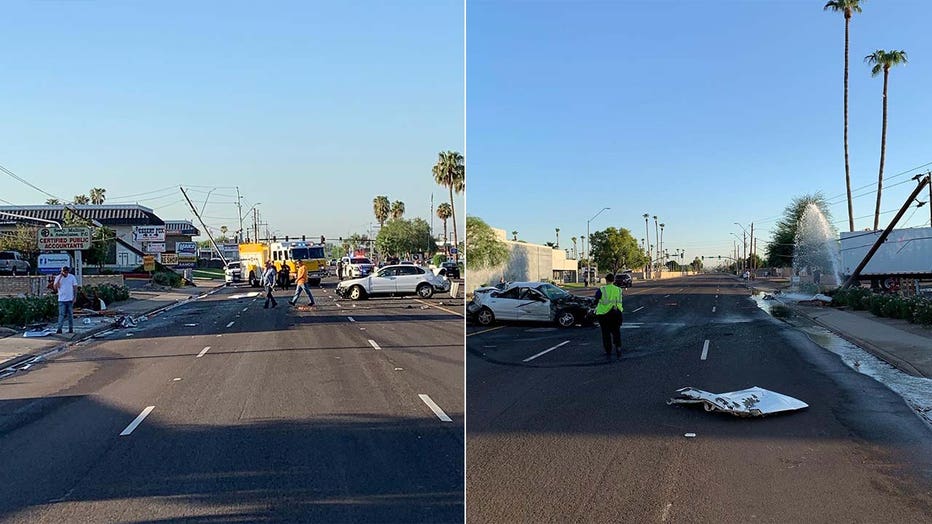 The aftermath of a box truck accident near 51st Avenue and Glendale. (Glendale FD)