GLENDALE, Ariz. - A former Glendale police officer now faces criminal charges after he allegedly used a stun gun on a man 11 times, including in the groin, during a traffic stop in 2017.

At the time, police said Wheatcroft was resisting officers as they were trying to get him out of the car.

During the incident, officers reportedly pulled Wheatcroft's pants down while he was in custody and shocked his testicles with a Taser. When asked, officials referred to that area as Wheatcroft's thigh. They also contend that he remained combative, even though his feet were tangled in a seatbelt.

Schneider was suspended for three days after the incident, and he applied for retirement in 2020. 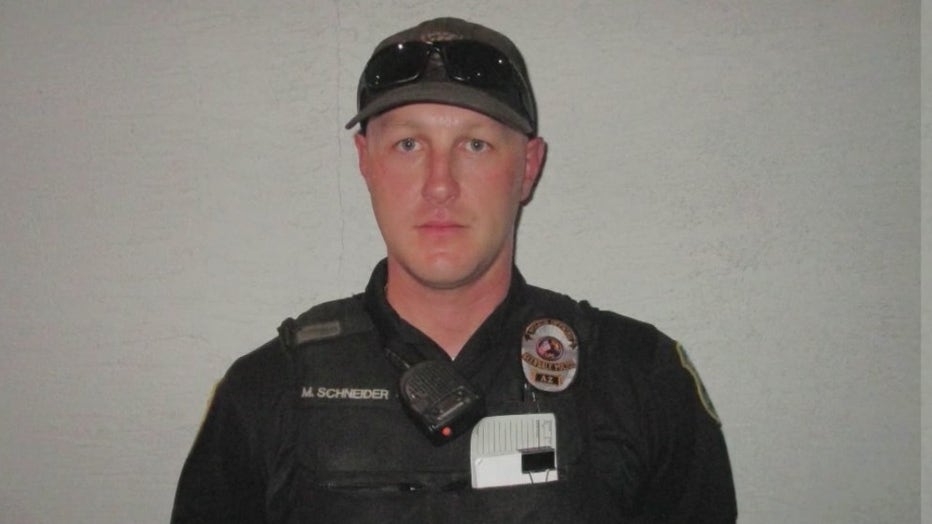 Glendale city officials said they had submitted a report to the Maricopa County Attorney's Office back when the case happened. County officials had refused to file charges after reviewing the report and videos.

After Wheatcroft's attorney filed a civil lawsuit, public outcry and harsh criticism from the governor, the county attorney re-opened the aggravated assault case against Schneider and turned it over to the FBI for review.

The case was sent over to the state attorney general's office, and this week, prosecutors filed three cases of aggravated assault against Schneider.

The city of Glendale released the following statement:

The City will fully cooperate with any requests made by the Attorney General’s Office. The Glendale Police Department works tirelessly to maintain the respect of the community they serve. The Glendale Police Department wants the community to know that they are honored to serve and protect them and want to do so with a police force they can be proud to have representing them. As this matter is under litigation, we will have no further comment.