A driver is no longer working for tech giant Amazon amid allegations she used hot water to burn a convenience store worker in Phoenix. FOX 10's Irene Snyder reports.

PHOENIX - A now-former Amazon delivery driver was caught on camera assaulting a Phoenix convenience store employee over a soda refill.

"Traumatizing, to say the least," said the victim, who did not want to be identified. "I would never have expected, doing my job, that I would be assaulted."

According to the store employee, the delivery driver was trying to get away without paying for her refill of soda. Surveillance video from the store shows the driver filling up her cup and trying to walk out the door. That woman allegedly threw hot water directly at the employee.

The employee was left with burns and blisters on her body.

"I have a blister on my chest," said the victim. "She said, ‘why are you being such a [expletive].’"

The employee that was assaulted by the driver later followed with her phone, and tried to call 911. The victim was having trouble getting her phone open. The driver then came up to her saying ‘Who you calling? Who you calling?’

Amazon officials have issued a statement on the incident which reads, in part:

"This behavior is completely unacceptable, and the driver is no longer delivering packages for Amazon. We are working with law enforcement as they investigate."

The victim and the store's manager, meanwhile, say they want the person allegedly responsible behind bars.

"I want this person prosecuted," said the victim. "I would like some sort of vacation, so this woman never does this to anybody else again."

Officials with the Phoenix Police Department say they are investigating this case, and so far, they have not arrested anyone. 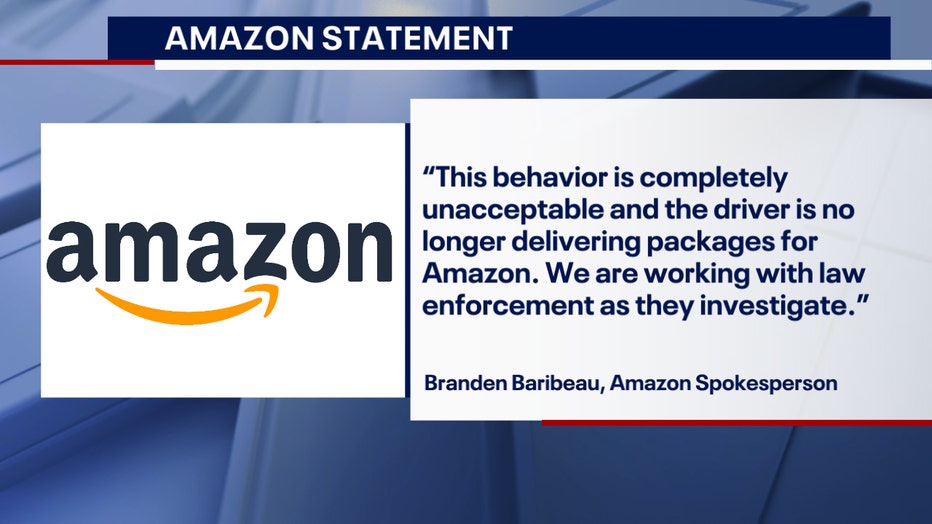