PHOENIX - Court documents show a 61-year-old convicted sex offender who is known as ‘Mr. Rape Torture Kill’ has been arrested by police in Phoenix.

According to investigators, they went to the home of Cary Smith on Feb. 2 to verify his address.

"Approximately two weeks prior, Smith had contacted the mother of the seven-year-old male victim of his sex offense over Facebook," read a portion of the court documents. "Smith said he was back, and used his moniker of Mr. RTK, which means ‘Rape Torture Kill.'"

Court documents also state Smith was registered as a sex offender in Phoenix in July 2021. Investigators say Smith, who was required to register his Facebook account or email, did not register the Facebook account in question.

Documents say after Smith was read his Miranda rights, he admitted to looking for the victim's mother on Facebook.

"Smith admitted to having an e-mail, using the e-mail to create the Facebook login, and having a Facebook account, which he did not register," read a portion of the documents. "Smith admitted to looking up the victim's mother on Facebook, and sending her messages saying he was back around 10 times or less over the last three weeks."

Smith, according to investigators, said he was mad at the victim's mother for what she said about him online.

"He wanted her to think he was back in California and scare her," read a portion of the court documents.

A judge has set a cash-only $10,000 bond for Smith. Should he make bond, Smith will be required to undergo electronic monitoring, and will also be banned from using the internet.

Smith was in California psychiatric hospital for years 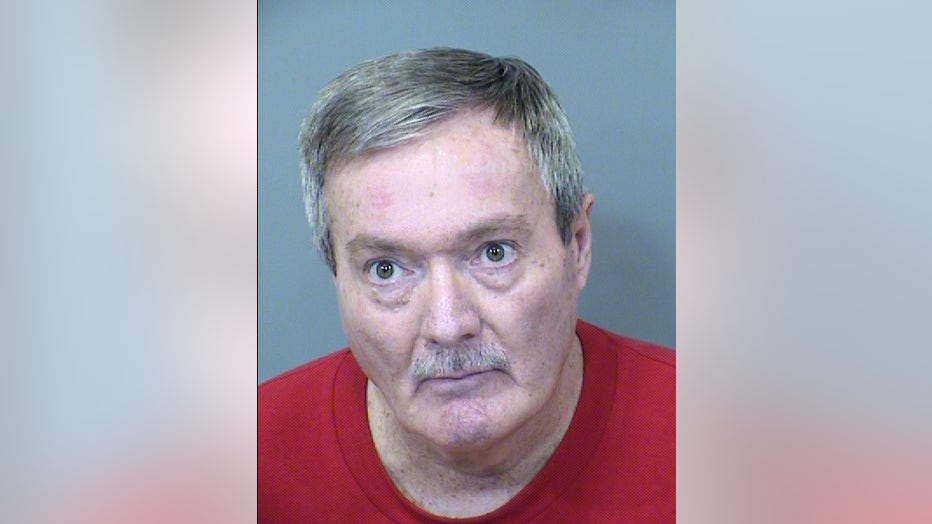 According to reports in 2020, Smith was required to register as a sex offender following a misdemeanor sexual offense against a child in 1985.

Smith had been living in state hospitals from 1999 to 2020, when his then-wife gave authorities a note he wrote about sexual acts he wanted to commit against a 7-year-old boy living in his neighborhood.

After initially being kept on a 72-hour psychiatric hold and a series of civil trials it was decided he "demonstrated danger of inflicting substantial physical harm" to children."

Under his welfare hold for imminently dangerous persons, Smith is allowed a civil trial every 6 months to argue for his release. He has continually testified that he wants to rape and then murder boys to avoid being identified, according to officials in California.

"He claims that he has killed three boys and molested 200," a 2020 news release from the Orange County District Attorney’s office read.

Prosecutors were forced to dismiss 20 felony counts of lewd and lascivious acts with children filed against Smith by the Orange County District Attorney’s Office in 2002 because of the statute of limitations at the time, California officials said.

Smith's hold expired in 2020, after the hospital failed to renew it. That sparked calls by various officials for Governor Gavin Newsom to intervene in the case.

Court documents did not state when Smith moved to Arizona.