Police had pulled over a sedan along Interstate 17 near the McGuireville exit because of a cracked windshield.

"K-9 Otto was deployed to conduct a narcotics-sniff where he alerted on the vehicle," police said in a statement.

A search of the car revealed five large bags of blue M30 pills inside a duffel bag. Police say there were approximately 50,000 fentanyl pills weighing 12 pounds, along with a "usable amount of methamphetamine."

Meza is a resident of Phoenix. 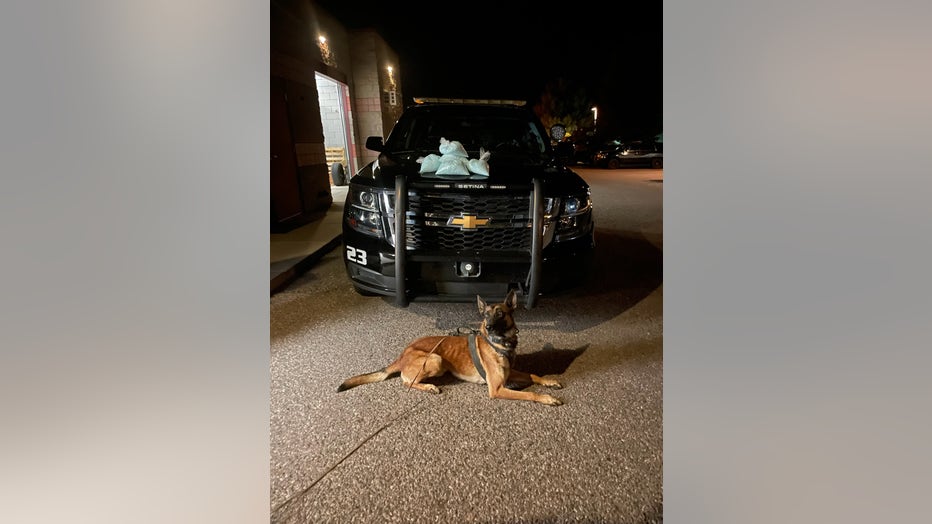