Maricopa County elections officials are starting to prepare for the Democratic presidential primary in March, and this time, they hope a new law will help make the vote tallying process go smoothly.

PHOENIX - Maricopa County elections officials are starting to prepare for the presidential preference elections in Arizona, which is set to take place on March 17.

Back in 2016, primary voters faced long lines as they waited to get to the polls, and it took election officials a few days to get the results all counted up.

This time, officials are hoping a new law will help the process go smoothly.

Governor Doug Ducey has signed SB1135, which allows county election officials to use a process called "electronic adjudication" to identify ballots that can't be read by standard vote-counting machines, thus modernize how quickly counties can count ballots and report results.

The purpose of SB1135 is to speed up ballot counting. The bill passed with unanimous, bipartisan support, and since it contains an emergency clause, it goes into effect immediately.

The legislation was needed so that Maricopa County can use new electronic machines.

"New tabulation equipment, we have accessible voting devices, and that's all going to help us count ballots faster as well, so we can get the results out there faster," said Erika Flores with the Maricopa County Elections Department. "We have a ballot with ovals instead of the arrows, to make it easier and faster for people to be able to vote." 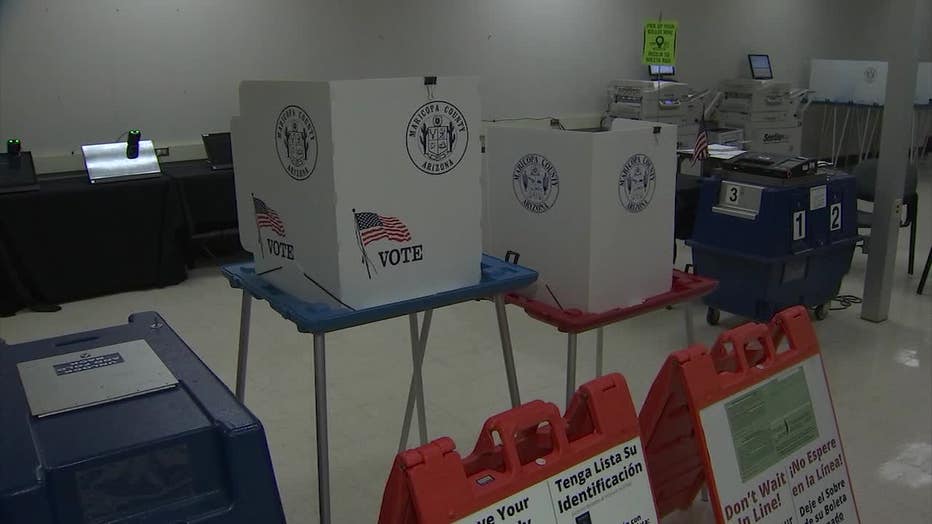 During the Democratic Presidential Preference Election on March 17, voters can choose who they would like to be the presidential candidate in the upcoming general election. Only registered Democrats can take part.

"If people want to vote in this election, they would have to switch parties if they're independent or Republican. They would have to go on beballotready.vote," said Flores. "They can also go on the recorders' website, they can do it there, but 'beballotready.vote' is probably the easiest place where they can go. They can change even their address, if they have a different address. They can change their party affiliation, and they would have to change their party affiliation by February 18 in order to be eligible for the March 17 election."

The county says the Board of Supervisors will soon be deciding to add dozens of new polling places for the upcoming election. Officials say they're prepared for a large turnout and secure election.

"None of our equipment touches the internet. We don't report any results through the phone. It's all very secure and very efficient," said Flores.