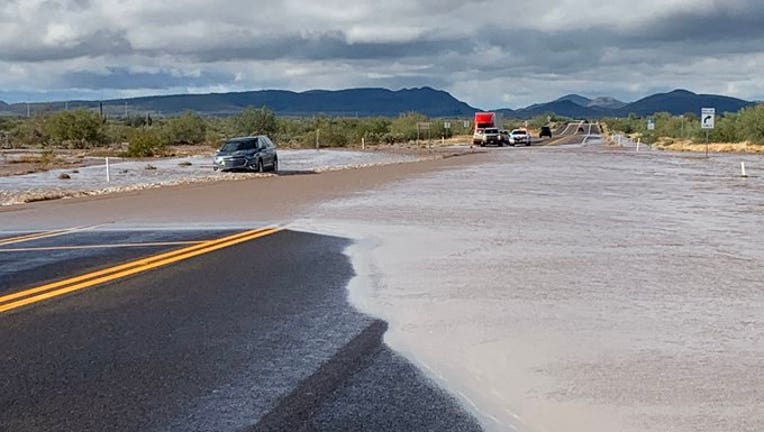 PHOENIX - One person was rescued after firefighters say a vehicle was stuck in a wash along the Carefree Highway after severe storms rolled through the Valley.

According to the Phoenix Fire Department, the water rescue happened Friday morning along State Route 74 between Lake Pleasant Parkway and Interstate 17. A technical rescue team was deployed to rescue the motorist in shallow water.

The water rescue comes as a major storm hits Arizona with heavy rain in the Valley and snow in the high country.

Several roads have been closed due to the storm and the Arizona Department of Transportation is advising people to postpone travel.