PHOENIX - The murders and the recent discovery of dozens of bodies in Mexico have some people worried to travel across the border. Now Governor Doug Ducey and Senator Martha McSally are weighing in on the issue.

Whether it's traveling to Rocky Point or through the state of Sonora, the dangers of traveling to Mexico are becoming more clear.

Although the State Department upgraded its country-wide warning for travelers to Mexico back in April, people crossing over to Mexico from Arizona now and in the future are being warned to be cautious.

"Certainly in the last year, it's gotten worse and American citizens certainly cross a line, but these cartels have taken over territories and they're continuing to use terrorist tactics, similar and worse than terrorist organizations like ISIS against their own people and now American citizens," said Senator Martha McSally. 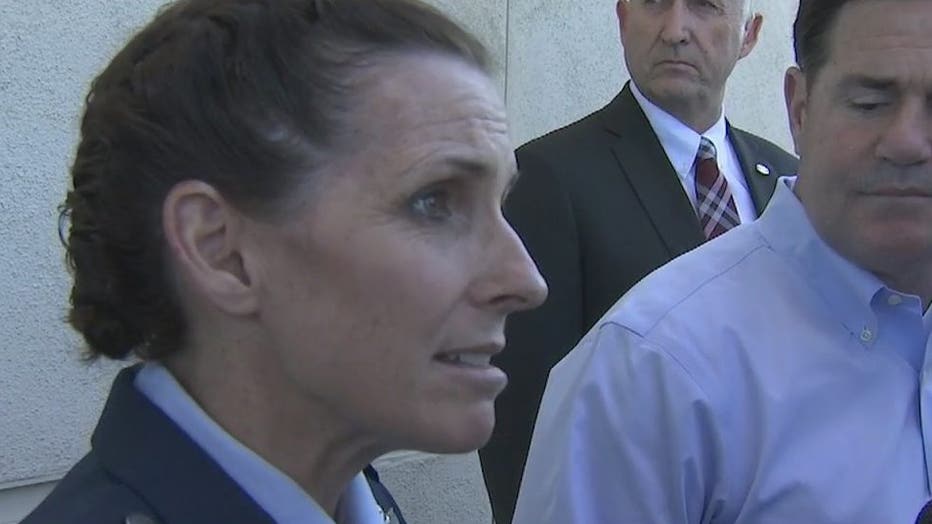 The death toll has risen outside of Puerto Penasco, and the dangers of the drug cartels are starting to change the feeling of American responsibility.

"Well these are American citizens and these murders are unacceptable and people need to be brought to justice as soon as possible and they've got to get a handle on the cartels who are continuing to terrorize people in Mexico," said McSally.

The two Arizona officials also touched on the possibility that the cartels might have used American weapons in the attack on the American citizens traveling through Sonora, using it as a possible motivation point for increased focus on border security.

RELATED: Vacations to Rocky Point being canceled after news of more bodies discovered in graves nearby