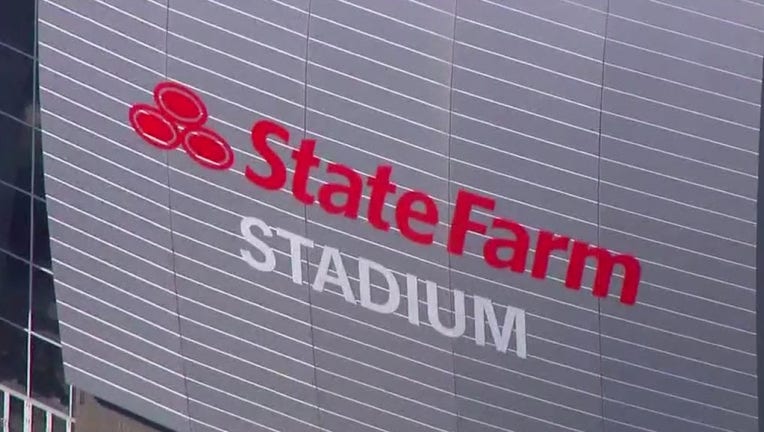 GLENDALE, Ariz. - It was a tough day for many Arizona Cardinals fans as they were kept from attending Dec. 6's game due to reinstated COVID-19 restrictions due to the virus's surge in the state and around the country.

After just about a month of opening up to select fans, State Farm Stadium once again will not be allowing crowds at any games, besides small groups of players' and staff members' families.

"I think it’s silly," said fan, Jeffrey Vigneault. Adding, "I mean if they do the social distancing like they do at restaurants."

He's not a Cardinals fan but he was looking forward to seeing his team, the San Francisco 49ers, battle the Cardinals.

The 49ers aren't able to play in California due to COVID-19 bans on contact sports, so they'll be playing a few games in Arizona.

"I wanna go out and listen to them in the parking lot. That’s how bad I want to hear them," Vigneault said.

As for the Sunday afternoon game against the Los Angeles Rams, many flocked to restaurants at the nearby Westgate Entertainment District to watch it on TV.

While some do miss the excitement of the stadium crowd, others are grateful to watch from afar.

"I’m a health care worker so whatever distance you can do I support that cause our numbers are just going up," a football fan said.