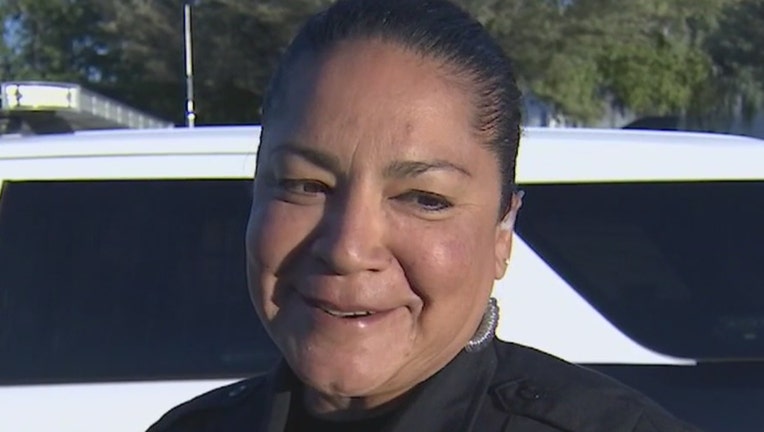 TEMPE, Ariz. (KSAZ) -- Behind the badge and in front of the camera, a Tempe police officer has made a name for herself, on the streets and on TV.

Officer Anna Cano appears on a Lifetime cable channel show that gives viewers a glimpse of what it's like to be a police officer, from a woman's perspective.

On "Live PD Presents: Women on Patrol", Officer Cano was seen chasing after a suspect. Cano has been with the Tempe Police Department for nearly two decades.

"It's neat for me to be able to show how female police officers are keeping the community out of harm's way," said Cano. "But mostly for me, it shows that women can do this job effectively, and there is a place for women in patrol."

Since appearing on the show, Cano says she's often recognized around town, mostly while wearing her uniform.

"I work a lot of the ASU football games, traffic control," said Cano. "When I do that people are, like, you're that cop on TV, and a lot of times people want hugs, they want selfies so I provide them that. It's part of the whole deal."

The department says Cano was chosen to take part in the TV show based on her work ethic, and her positive impact on the community. It says the show gives people a look at things officers are doing everyday to help out, and not just by chasing bad guys.

"I wouldn't do any other job than this," said Cano. "This, it was meant for me. It is my calling. I found it, and I feel like I've been successful."

The show airs on Monday nights.