A 23-year-old man suffered burns to more than half of his body after a fire broke out inside a Buckeye Chipotle.

BUCKEYE, Ariz. - A man is being treated for severe burns after a fire broke out at a Chipotle in Buckeye, police said.

Firefighters were called to the restaurant near Watson and Yuma roads just before 5 a.m. on July 7.

First responders discovered a 23-year-old man outside suffering from burns to 60% of his body, officials said.

"The fire suppression system inside the kitchen area activated and knocked the fire down," Buckeye Fire said in a statement.

The man was flown to Maricopa Burn Center for treatment, and the Chipotle has been closed until further notice.

Two businesses next to the restaurant have also been closed indefinitely for the investigation. 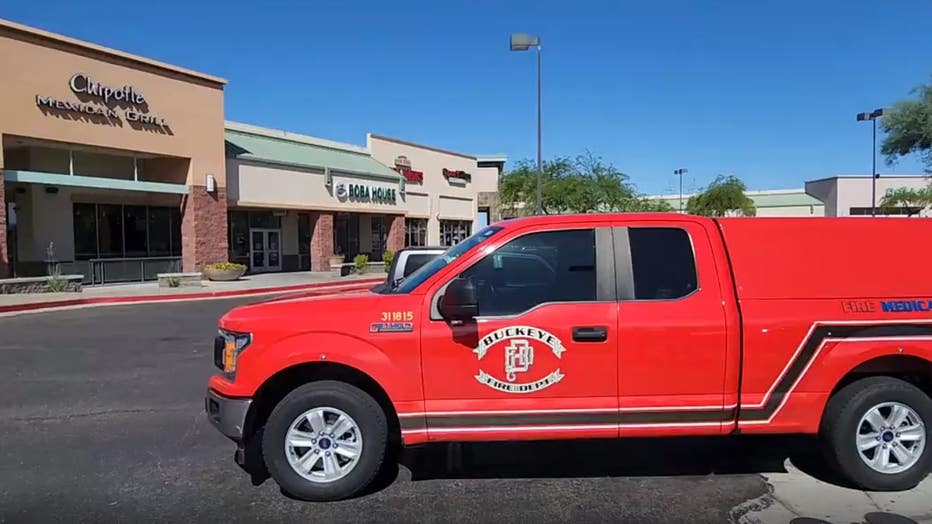 Buckeye firefighters responded to a fire at Chipotle that burned a man.