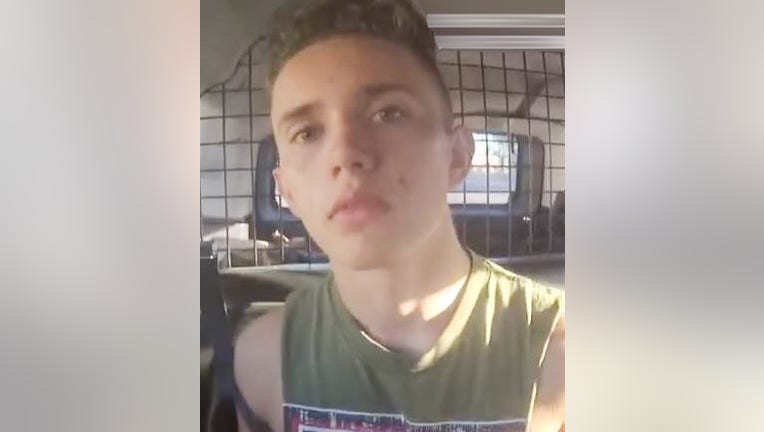 GLENDALE, Ariz. - Police say an 18-year-old has been arrested in connection to a hit-and-run crash last month that killed a 3-year-old boy.

Glendale police say Collin Jones was arrested on June 4 in connection to the crash that happened near 70th Avenue and Villa Theresa Drive on May 21.

Police say a family of four was riding bicycles in a single-file line when a white Jeep drove on the wrong side of the road and ran over a child trailer that was being towed by the father's bicycle.

After the collision, the Jeep struck the mother on her bicycle, knocking her to the ground. The Jeep missed a 5-year-old on a bicycle and turned onto Villa Theresa Drive.

Neighbor's began performing CPR on the boy before police and firefighters arrived.

The boy was taken to a hospital where he later died.

Police say the Jeep was found parked blocks away and Jones was identified as the driver. Jones told police he drifted too far to the left, jerked the steering wheel back to the right, and felt his tires hit the gravel.

Jones said he looked up and "saw nothing" and "heard nothing."

The crash was captured on video and Jones was arrested.