PHOENIX - The fight continues over a proposed increase in ridesharing fees at Sky Harbor.

The fees were actually approved by the City of Phoenix back in October, but due to a procedural error, it has to be voted on again, which will happen in two weeks.

PREVIOUS: Phoenix must vote again on fee increase for rideshare services at Sky Harbor due to administrative error

Some rideshare drivers have already weighed in.

"All my riders don't care, it's way cheaper than taking a taxi cab," said one driver.

"People have to speak up, we're going to be the highest in the country and that's just bad for Arizona in general," said another driver.

The Goldwater Institute has now jumped into the proposed battle over the proposed rideshare fee increase at Sky Harbor.

The proposal is a phased-in $5 increase for drop-offs and pick-ups at Sky Harbor for companies like Uber and Lyft.

"The average Lyft to the airport is $10 and these aren't coming from high-income areas, they're coming from low or middle-income areas," said Riches. "What Phoenix is trying to do is raise these fees to $10, double the cost to and from." 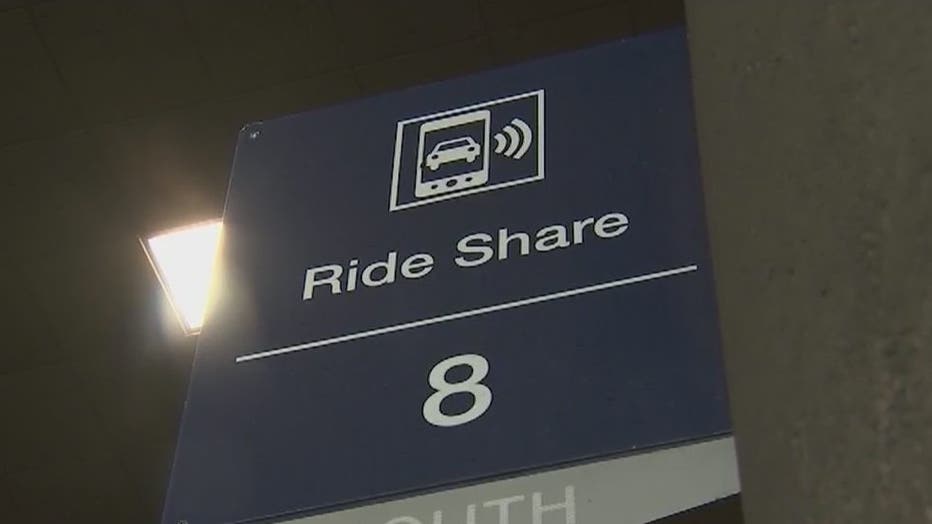 Riches argues that beyond economics, the proposal might go against what voters passed just last year.

"It hasn't even been a year since voters resoundingly passed prop 126, which amended Arizona's constitution to prohibit any new fees or taxes or increases of any fees and taxes on any services in this state," said Riches. "It's pretty obvious that ridesharing is a service."