GOODYEAR, Ariz. - A Goodyear man has been accused of exposing himself to multiple employees at a Bikini Beans Coffee, police said.

Raul Mena, 24, allegedly showed his genitalia to an employee after she took his order at the drive-thru, which is located near McDowell Road and Pebble Creek Parkway. 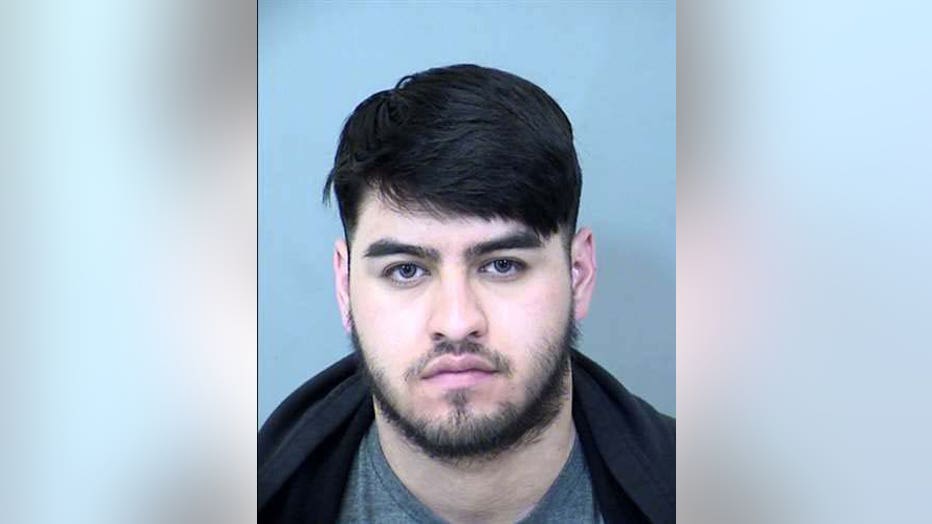 After the employee reported what she saw, two of her coworkers who went to investigate also reported seeing his genitalia.

Police say the 24-year-old immediately left the parking lot after getting his drink.

Court documents stated that Mena had previously been convicted of sexual conduct with a minor and had been arrested for a number of offenses in the past, including child molestation, indecent exposure, kidnapping, child abuse and DUI. He is on lifetime probation.