Police: 13-year-old dead after being hit by a bus in Goodyear

Authorities say a&nbsp;child is dead&nbsp;after being hit by a school bus in the West Valley late Friday afternoon.

GOODYEAR, Ariz. - Goodyear police have identified the boy killed after getting hit by a school bus.

Peyton Munger, 13, was an 8th grade student at Western Sky Middle School who was hit by a school bus Friday afternoon.

The collision happened near the school in the area of Indian School Road and 144th Avenue.

According to Goodyear Police, the child was taken to a pediatric trauma center with life-threatening injuries before he passed away.

According to police, the driver is not believed to be impaired, and he remained on scene to cooperate with the investigation.

On Friday night, a memorial was set up near the place where the child was hit.

"He was an awesome classmate. I really enjoyed his company. He always made me smile. He always sat by me at lunch. It's just crazy that he's gone like that," said Maggie Garcia, a classmate.

Officials with the Litchfield Elementary School District also released a statement, which reads:

We offer the deepest condolences to our precious Wildcat. His name is not being released at this time, but he was a kind young man who will be dearly missed.

A GoFundMe has been set up for the boy's family here. 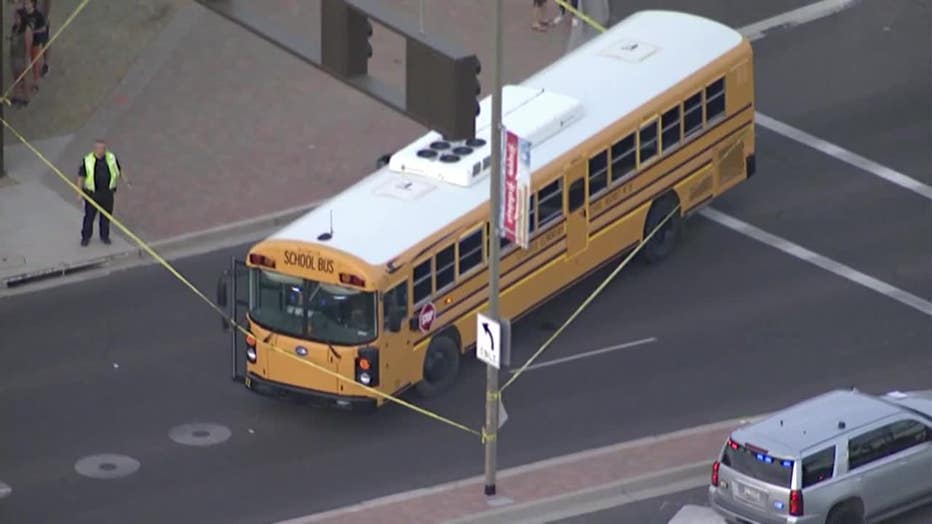