PHOENIX - The future of patients, employees, and the healthcare facility itself hang in the balance as Hacienda and state health officials enter into negotiations.

The state is threatening to revoke the license at the facility where an incapacitated patient was raped and impregnated, and on Friday, a current staff member at Hacienda's South Phoenix campus spoke out about the turmoil.

The staff member wants to remain anonymous in order to stay employed, and as the state and Hacienda officials continue settlement negotiations over keeping it a licensed facility, dozens of employees and patients do not know where they will live, or if they'll still have a job.

Meanwhile, in less than two months, Hacienda is closing its Skilled Nursing Facility for good.

The name and the unthinkable crime that happened at Hacienda last December now go hand in hand. The employee says the lives of staff and patients have been permanently altered by the rape and surprise birth.

"He ruined a lot of lives doing that," said the employee, referring to Nathan Sutherland, the suspect accused of impregnating a patient. "He affected everyone that has ever worked for that company because now, the Hacienda name has this scar on it, and if you were ever affiliated with Hacienda, people look down on you."

"No new patients, no new money," said the employee.

Long-time patients and their caregivers are the only ones left, and now, they feel like they're getting evicted from their home. Their family being torn apart.

"They still see the staff members as family, and the staff sees the patients the same way," said the employee.

The Skilled Nursing Facility is expected to shut its doors for good on September 30. The fate of the ICF is still in the air.

"Some people were told about it by supervisors," said the employee. "Other people found out about it on the news. Some patients don't know where they're going to live yet."

As for the workers, the employee claims there are plans.

"They're trying to move all of the nursing assistants from the skilled unit to the ICF," said the employee. "Some will stay, some will be transferred to other parts of the company." 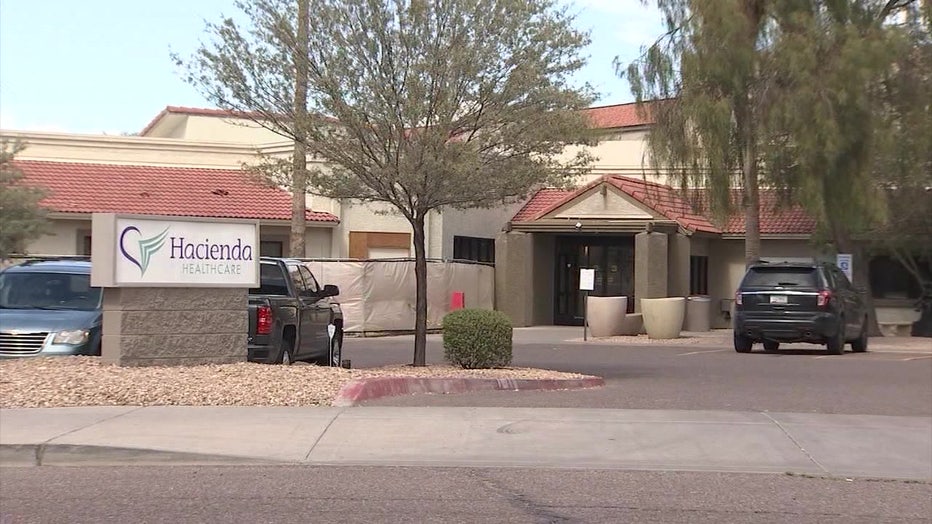