PHOENIX - Halsey doubled down on supporting abortion rights Wednesday while responding to fans who left upset from her Sunday night concert in Phoenix, Arizona.

The 27-year-old singer, who uses she/they pronouns, begged fans to "do the work" to protect each person's right "for the rest of their lives" while speaking to the crowd at the Ak-Chin Pavilion about their pro-choice stance between a break in songs.

Halsey later took to Twitter to back up their views.

"The ‘people pay to see you sing not hear your views’ argument is so dumb," She wrote. "No, you paid to see me use a stage as a form of expression in the manner that I choose. Sorry you lack the critical thinking to realize that the rhetorical power of music doesn’t always serve your escapism."

During Sunday's concert, Halsey paced back and forth as she addressed the crowd in a video shared on Twitter.

One fan tweeted: "THE AMOUNT OF PEOPLE WHO JUST WALKED OUT OF THE HALSEY CONCERT AFTER NIGHTMARE WHEN SHE SPOKE ABOUT ABORTION WAS SICKENING. FIGHT FOR WHAT IS RIGHT."

The "Without Me" singer didn't seem fazed writing, "Downside of doing outdoor venues: no door to hit them on the way out."

"Honored to have my audience," Halsey tweeted Wednesday. "Proud they cultivate a space where emotion and action meet. Love doing what I do. And expect me to always tell the truth when I get up there. Show must go on." 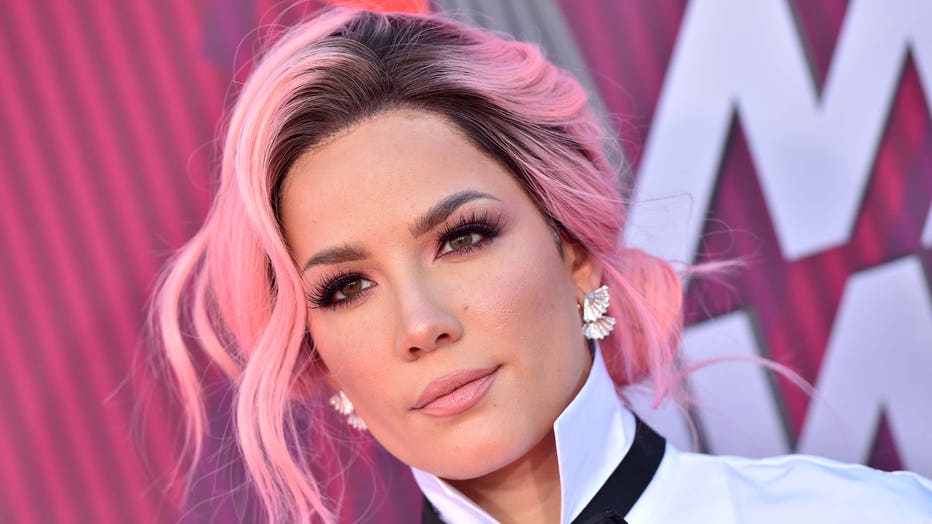 The June 24 decision by SCOTUS effectively ended recognition of a constitutional right to abortion, which had been in place since 1973, and gives individual states the power to allow, limit or ban the practice altogether.

"The majority has overruled Roe and Casey for one and only one reason: because it has always despised them, and now it has the votes to discard them," justices Stephen Breyer, Sonia Sotomayor and Elena Kagan wrote in a joint, 59-page dissent.

"In overruling Roe and Casey, this Court betrays its guiding principles. With sorrow — for this Court, but more, for the many millions of American women who have today lost a fundamental constitutional protection — we dissent."

The ruling on a case known as Dobbs v. Jackson Women’s Health Organization sets in motion a series of events that will likely lead to abortion being banned or severely restricted in roughly half of the 50 states.