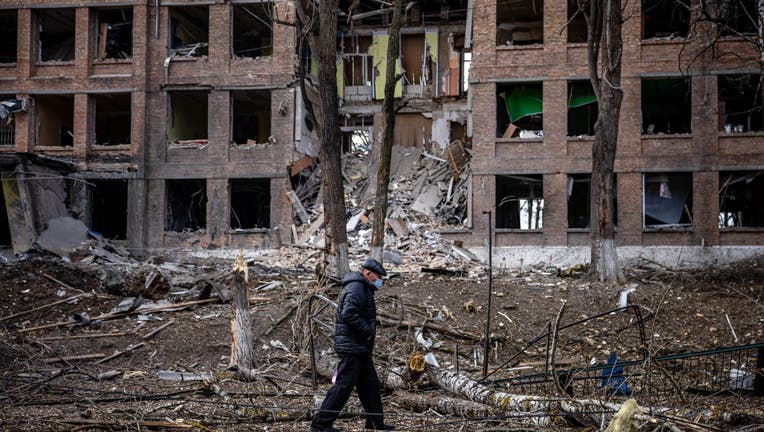 TOPSHOT - A man walks in front of a destroyed building after a Russian missile attack in the town of Vasylkiv, near Kyiv, on February 27, 2022. - Ukraine's foreign minister said on February 27, that Kyiv would not buckle at talks with Russia over its

Russia's war in Ukraine enters its 279th day as of Nov. 29, and officials in Ukraine say Russia is shelling areas recently liberated causing damage to infrastructure and knocking out power.

As the war continues, so does the need for help, and Arizonans are answering that call.

Global Care Force is sending a team of three nurses and two doctors to help with primary care in Ukraine. It's essentially a group of physicians and clinical providers that have done several nongovernment humanitarian aids, primarily medical, in a few different places.

Dr. Joshua Wallbrecht, an emergency room physician, is one of the volunteers traveling to Ukraine for the first time.

"Traveling to a country that is actively at war is a nerve-wracking situation but again, I think of the people of Ukraine that have been driven out of their homes," he said.

He'll meet up with the rest of the Global Care Force team in Poland before making their way to Ukraine. 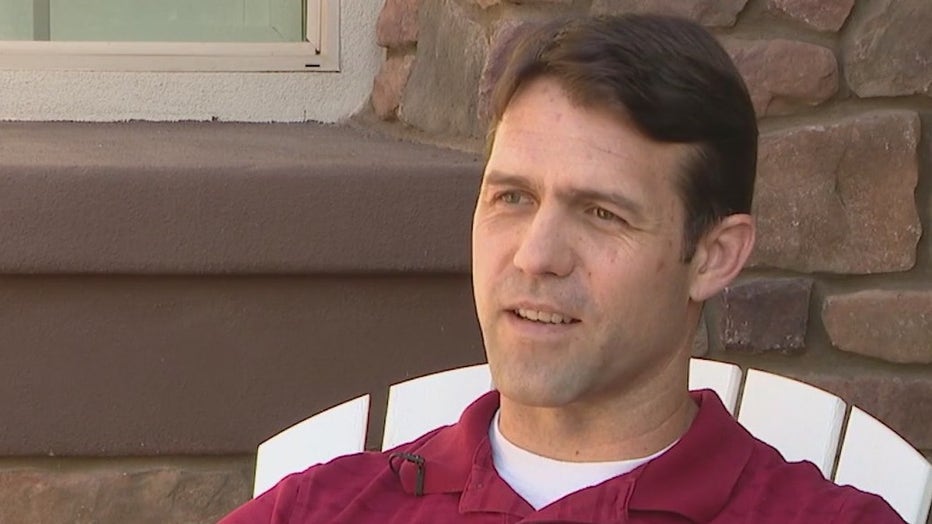 "We're traveling first to Kraków, and then from there we'll travel to Ukraine on December 1," Wallbrecht said.

The Ukrainian team that Global Care Force is meeting up with will include pharmacists, nursing aids, and interpreters.

Wallbrecht says to be able to go and interact directly with people in Ukraine who are suffering because of war is an opportunity he felt compelled to help out with.

"These people have been displaced by war. It's a tragedy that's happening right now, a humanitarian crisis and there's a need there because millions of people displaced without healthcare, and I have a skill set that can help provide some of that need," he remarked.

Although Wallbrecht won't be there for long, he says he hopes his time in Ukraine makes a difference.

Global Care Force has deployed every month since September, and they plan to go next year as well. This group will be gone for about two weeks.

A Phoenix-area photographer traveled to Ukraine to document animal rescues during the Russian invasion, and his photos are on display at Phoenix College. FOX 10's Desiree Fluellen gives us a look. You can see the photos until Oct. 27.

ASU students use art skills to raise money for Ukraine

The students painted the mural on April 23 that'll be put on display near 7th Avenue and Lewis. It shows several characters and other symbols of peace, like flowers and the American flag. There were already plans for a mural but then a student from Ukraine suggested this theme.

Arizona first responder agencies send supplies to Ukraine: 'We could not think of a better cause'

Law enforcement agencies across Arizona answered the call to send over protective gear and equipment to Ukraine as it battles violent Russian forces. "This was equipment no longer being utilized and was still very effective equipment that could be used, and we could not think of a better cause to ship and share that to save lives in people of Ukraine."