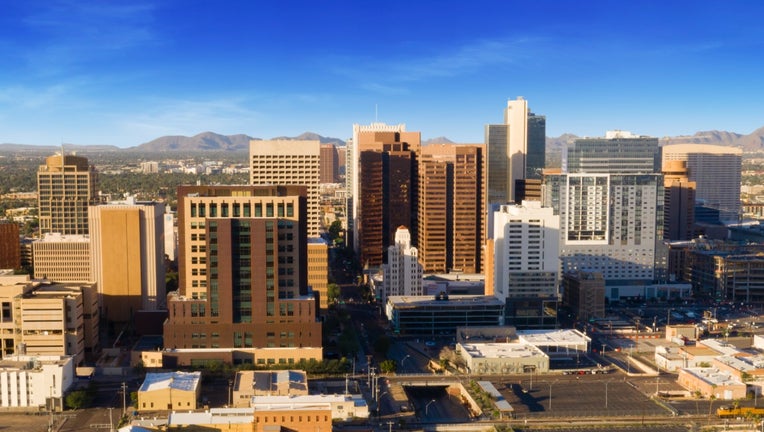 PHOENIX - When the heat reaches more than 110 degrees in Phoenix, which is common during summer, that means a code red warning is in effect throughout the city.

The fact that it stays this warm this late means the homeless people who sleep outside don’t get any relief from the heat, so the Phoenix Rescue Mission is on a mission to provide help to those who endure the heat 24/7.

"So we’re able to drive to their camps if we get emails or even PD will send us calls, texts of hot spots, people who need help," explained Eric Woods, a case manager with the Phoenix Rescue Mission.

They’re driving around across the Valley handing out waters and providing information about programs.

"Meet them where they’re at and break down any barriers that are keeping them on the streets," Woods said.

He says he knows firsthand what it’s like to live through these hot summers on the streets because just about two years ago, he was homeless himself.

"So I feel like the streets burned me out," he said, adding, "I’d try to beat the heat going to Andre House … it’s brutal. I have seen people dying that were too dehydrated."

The nighttime doesn’t provide relief anymore for the homeless. According to a national climate report, there have been more record-breaking temps overnight than during the day.

"It adds a human element to the things we see from afar," she said.

Woods agrees that giving back is the greatest gift of all.

"Let them know I used to be in the same spot, same area as them and this worked for me and able to show them that this does work and you can get off the streets," Woods said.

To donate to the Phoenix Rescue Mission, click here.

The Valley is feeling a major cool down after a monsoon swept through the Valley Saturday night.