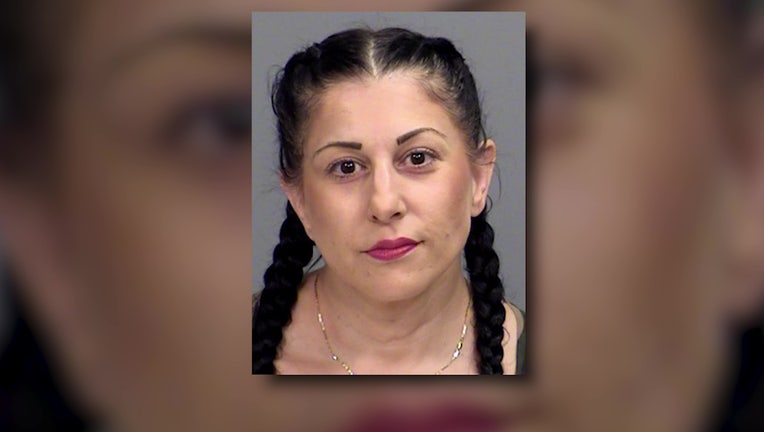 TEMPE, Ariz. - Officials with the City of Tempe announce that they have forwarded a case involving AZ Patriots leader Jennifer Harrison to the Maricopa County Attorney's Office for consideration of felony charges.

The incident allegedly involving Harrison happened on July 3, when she allegedly sprayed protesters near Mill Avenue and University Drive. According to Tempe officials, Harrison allegedly used a bear spray to spray the protesters.

Video of the incident was tweeted out by a man named Darien Barrett. Harrison self-surrendered to Tempe Police on July 7.

According to a statement released on July 18, officials with the Tempe Prosecutors Office and Tempe Police believe that Harrison's alleged act of spraying protesters with bear spray on July 3 merit the consideration of felony charges.

"That is why City of Tempe prosecutors have today dismissed without prejudice the two misdemeanor charges – assault and disorderly conduct – against Harrison for her actions during an abortion rights protest near Mill Avenue. The dismissal at the city level allows the case to proceed to the Maricopa County Attorney’s Office for its consideration of felony charges in the case," read a portion of the statement.

City officials say Tempe only has jurisdiction to prosecute misdemeanor cases, while MCAO can prosecute felonies.

"If a case is fully adjudicated as a misdemeanor, the same case may not be charged as a felony because of double jeopardy protections in the Fifth Amendment of the U.S. Constitution," read a portion of the statement.

City officials say should MCAO decline to prosecute one or more felonies, Tempe can prosecute Harrison on misdemeanor charges.

"Tempe has one year from the date of an incident to bring misdemeanor charges," read a portion of the statement.

Harrison is often seen at protests at the Arizona State Capitol and elsewhere in the Phoenix area.