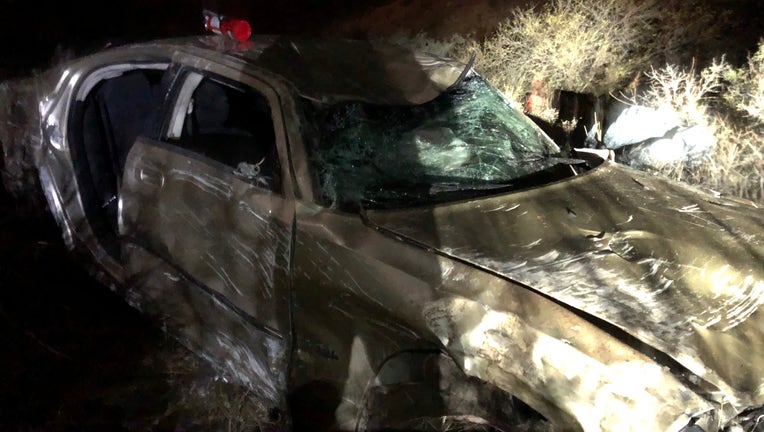 JEROME, Ariz. - A vehicle flew more than 120 feet in the air before rolling down a hill 300 more feet, according to the Jerome Police Department.

On Monday just after 5:30 p.m., a 911 call was made to the department about a crash on Highway 89A near Dundee Lane in the city of Jerome. Officers and fire crews arrived on scene and they found a car 400 feet down a steep embankment.

A semi-conscious man was found inside the car with injuries. He was extracted from the car with the assistance of a helicopter crew using a steep angle rope rescue. 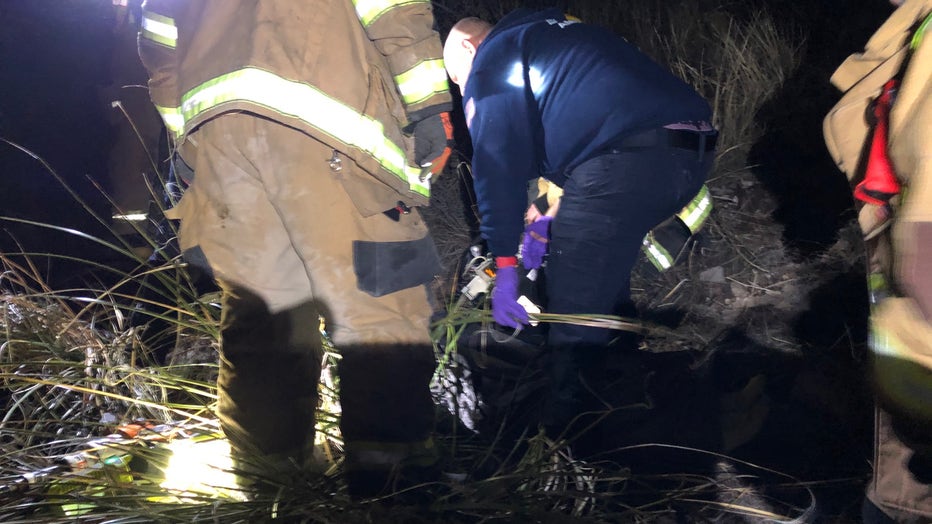 He was flown from the scene and transported to Honor Health Deer Valley Medical Center for treatment, and police say he's doing well.

An investigation shows the man may have been on drugs, and it's unknown if he was wearing a seat belt.

Police say it seems the car flew off the roadway and was in the air for 121 feet before falling and rolling another 300 feet before it stopped. The driver said he was also going 65 mph in a 20 mph zone, according to the department.

It's unknown why the man lost control of his car. His name has not been released.