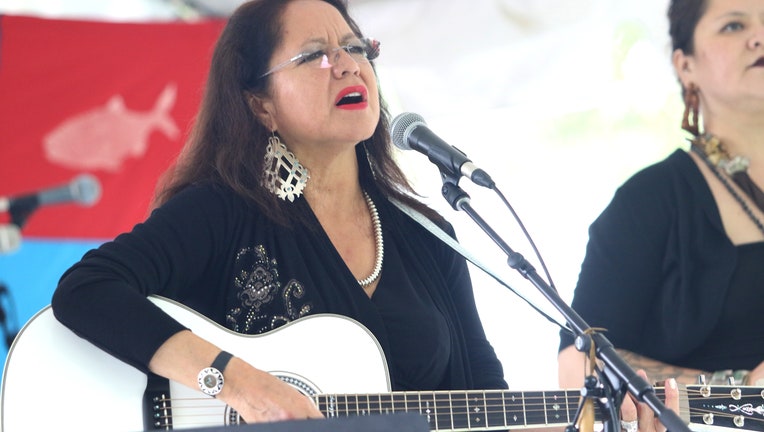 PHOENIX - A legendary singer/songwriter known for changing the landscape of indigenous music has passed away in Scottsdale.

Joanne Shenandoah, known as Native America's musical matriarch, won a Grammy in 2005, along with more than a dozen Native American music awards. Now, her husband is talking about the legacy she leaves behind.

Shenandoah grew up on the Oneida Reservation in New York. Music would become her life's passion, and Shenandoah gifted her voice to the nation, singing in both English and her native language.

"When Joanne started indigenous music, native music was in a very obscure category when it comes to the public's perception of what it meant," said Shenandoah's husband, Doug George.

George married Shenandoah in 1991. He witnessed her storied career as she won a Grammy and a record-setting 14 Native American Music Awards.

"Joanne was gifted with perfect pitch," said George. "She sang more like Julie Andrews than anybody. She had a credible range in her voice."

In the past year, Shenandoah's health took a turn. Her liver failed to function, and by mid-October, her husband brought her to the Mayo Clinic in Scottsdale. Later, Shenandoah suffered from a bleeding liver.

"They tried a massive infusion of blood, but they couldn't stop the internal bleeding, and she went into cardiac arrest, and then 14 hours later, after she died," said George.

Shenandoah passed away at the age of 64, just five weeks after arriving at Mayo Clinic.

For George, he is struggling with the loss of his soulmate. He is, however, determined to preserve her legacy.

"How could you summarize a person like this?" said George. "I reached back and look, and we say all these things we did, Joanne, the places we went and I talked to her in real time."