PHOENIX - The raid that led to the death of ISIS leader Abu Bakr al-Bagdhadi, was named in honor of Kayla Mueller, the humanitarian worker from Prescott who was kidnapped and held hostage before being killed in Syria. Her parents are speaking out following the news. 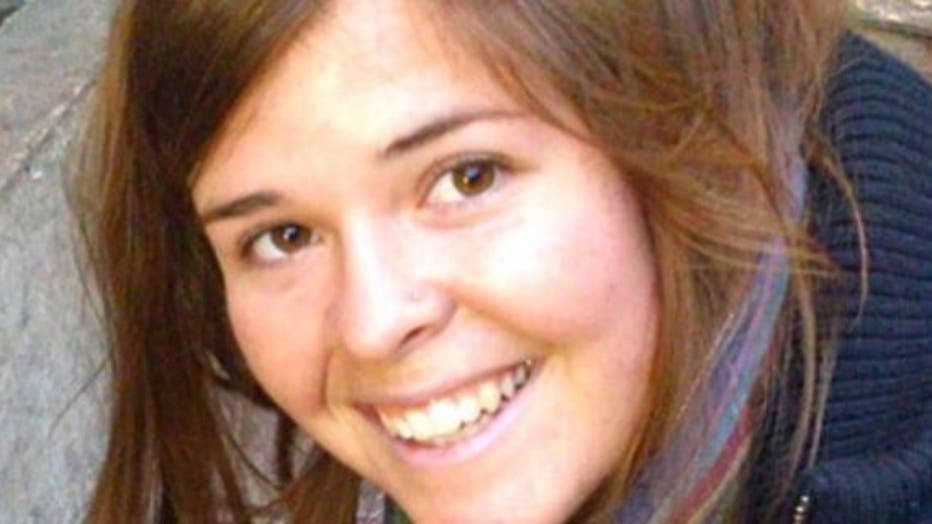 "The reaction for the President saying Kayla's name was tears for the both of us," said Carl Mueller Kayla's father. "It was very touching to know that he had been briefed and that he knows Kayla's story."

Kayla was 26-years-old when she was captured leaving a hospital in Aleppo, Syria, working as a humanitarian aid worker in 2013. Officials said al-Baghdadi had taken Mueller as a "wife" and sexually abused her throughout her captivity. She was killed in 2015.

The mission brought cheers to those who support the war on terror and relief to the Mueller's as they learned from their Prescott home how it happened.

"I was glad that he blew himself up and that no one killed him from our side, that's about all I can say and I was devastated about the three children with him," said Marsha Mueller, Kayla's mother.

Mueller was an NAU alumna and was inducted into the university's Hall of Fame.

In 2016, FOX 10 spoke with Mueller's parents at the unveiling of a playground was built in Prescott in Mueller's memory.

"Kayla was just Kayla. Always the same," said Martha Mueller, Kayla's mother. "She loved life. She was happy. She was joyful, but she was on a mission and it was a gift from god. I truly believe that.”

Trump said during Sunday's press conference that he would contact Mueller's family, as well as journalist James Foley, another hostage who was killed.

Arizona Gov. Doug Ducey remembered her in a tweet Sunday soon after President Trump announced that the ISIS leader was killed during a U.S.-led military raid in Syria.

Prescott residents say Baghdadi's death is a win for the U.S.

Now the sole focus turns to finding Kayla's body, and her parents are not giving up hope.

"Anything that can lead us to finding her and finally bringing her back on American soil and finding out what truly did happen to her, every step, and we're slowly, actually it's moving a little faster now and the pieces are coming together," said Marsha Mueller.