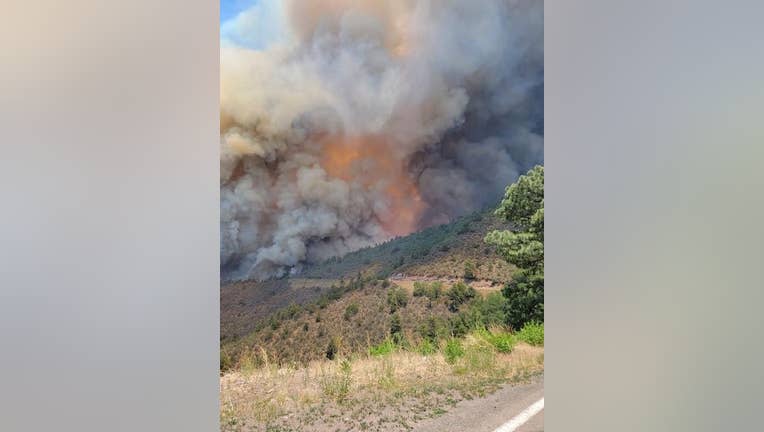 CLIFTON, Ariz. - Fire officials say a wildfire that began on June 16 has burned 23,840 acres of land and is at 18% containment.

According to a statement released by officials with the Apache-Sitgreaves National Forest, the Bear Fire is burning 10 miles south of Hannagan Meadow, an area about 114 miles north of Safford. The fire was sparked by lightning.

"Due to the Bear’s location, fuels and values at risk, forest officials have chosen a confine/contain and point protection strategy for this incident which will reduce exposure to suppression resources," read a portion of the statement.

Highway 191 closed on June 20. The closure is from milepost 175 to milepost 251. The closure will remain in effect until further notice.

Timeline of the Bear Fire:

Forest officials say the fire is burning in an area with ponderosa pine, grass and brush. Meanwhile, smoke from the fire may impact Highway 191 and the Blue River.

You can search for current smoke information and view an interactive map at https://fire.airnow.gov