The owners of a Valley comic book store say it's not an easy decision to make, but they are ready for their next chapter in life, without the beloved store. FOX 10's Danielle Miller reports.

PHOENIX - After nearly four decades, a Valley staple in the comic book world is closing its doors.

The owners of All About books and Comics, located near Central Avenue and Camelback Road, say it's time, but they also say this retirement is bittersweet.

"We're happy to be able to go on to the next chapter, and we're sad because we've had the store longer than we've had our children," said owner Marsha Giroux.

Marsha, along with Alan Giroux, took over a book store in December 1981. That small book store quickly evolved into a top destination for comics. 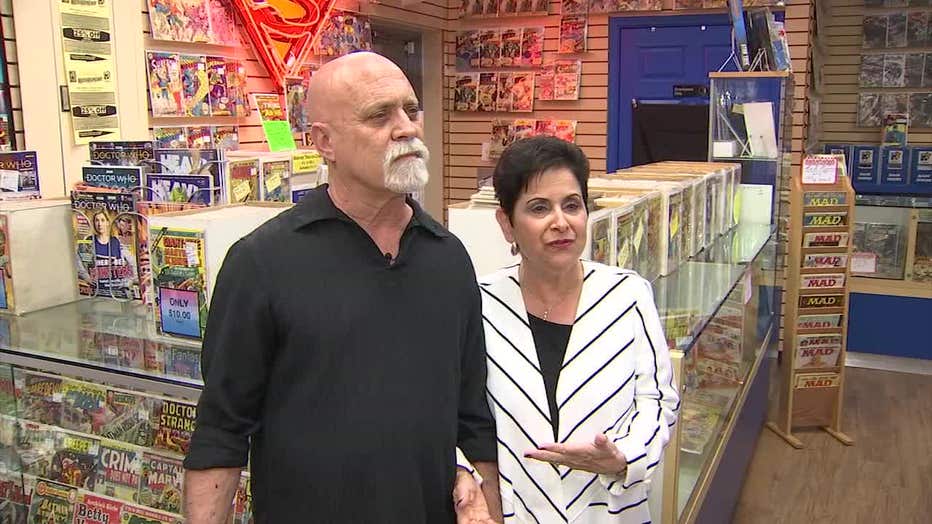 "We've had everything in here from Spiderman 1 to Batman 1, so it's been fun. It's been a real experience," said Alan.

After 38 years in business, Alan and Marsha has decided to retire. They say it was one of the hardest decisions they have had to make, but it's time to have a little less retail, and a lot more time with family and travelling.

"We're at the age where we just want to go have some fun and travel, and not have the responsibility," said Marsha. "It's been an amazing life, and we've been a part of the community for a really long time, and we know a lot of people. We have customers that grew up in our store that bring their kids, but sometimes, there just comes a time, and we're going to have our first grandchild, and we're just ready," said Marsha.

Before the fun starts, the Girouxs will focus on selling the hundreds of thousands of comics that are still on store shelves.

"Whatever is left, we have a huge warehouse of actually a million comics, and we sell those online and through mail order, so people can still email us their want lists, and we'll still do mail order," said Marsha.

The store is not closing until April, so there is still time to get some stuff. The Girouxs will have sales and discounts up until closing day.