GLENDALE, Ariz. - Glendale police have arrested a man accused of stealing catalytic converters from cars around the Valley while driving an SUV with an unusual camouflage paint job.

Spencer Okeefe, 27, now faces burglary charges after a catalytic converter was cut from a Kia SUV parked outside of a Glendale rehab center back in July.

Security footage outside of the facility reportedly showed a "suspicious" BMW SUV with a spray-painted camouflage paint job loitering in the parking lot.

Police tracked down the vehicle on Aug. 4 and began surveillance on the driver, identified as Okeefe. Detectives say they saw him driving randomly and stopping in different parking lots across the Phoenix metro area. 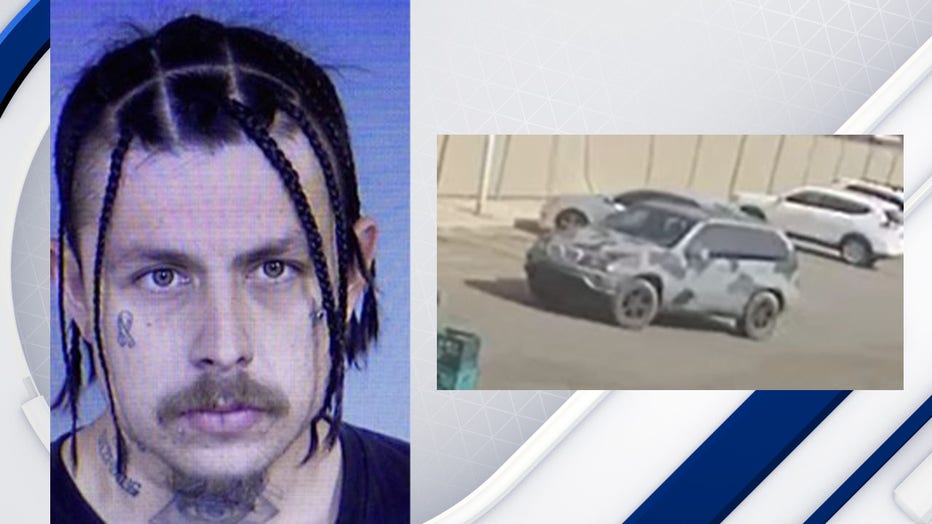 The next day, a Glendale detective entered an apartment parking lot that the BMW SUV had just exited from and discovered that a catalytic converter had been cut from a nearby Jeep Grand Cherokee.

Okeefe was eventually arrested at a motel, where officers reportedly discovered a metal cutting tool and the catalytic converter from the Jeep in his backpack.

He later admitted to police that he was stealing and selling the converters in order to support a fentanyl habit.

Okeefe was booked into Maricopa County Jail. Anyone with information about any other crimes involving the camouflage-colored SUV is asked to contact Silent Witness or Glendale Police at 623-930-3000.