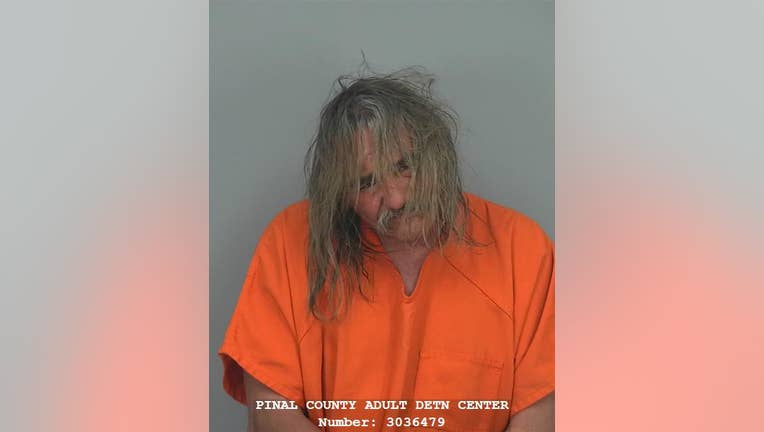 FLORENCE, Ariz. - Parts of State Route 79 in the southeast Valley were shut down for an emergency situation.

During the morning hours on Dec. 31, the southbound lanes were closed at milepost 140 north of Florence and the Pinal County Sheriff's Office says this happened after the Florence Police Department received a call about a suspicious man at the Immigration and Customs Enforcement building.

An ICE supervisor said the man was in a vehicle, honking the horn and making bomb threats in the parking lot.

When officers arrived at the scene, they saw a red 2001 Isuzu Rodeo 100 yards west of Highway 79 in the parking lot matching the description of the suspicious vehicle.

According to PCSO, "officers noticed a male in the driver's side of the vehicle who was acting in a suspicious manner."

Multiple agencies were then called to the scene to assist, including PCSO's SWAT team, the Arizona Department of Public Safety's bomb squad and the FBI.

The suspect, identified as 56-year-old Patrick Gerola, was taken into custody just before Noon without incident.

No explosive devices were found and the sheriff's office says "Gerola's motives for the strange behavior are unknown at this time."