35th Avenue is restricted between Bell Road and Paradise Lane due to a crash that pushed one vehicle over a curb.

PHOENIX - A man was killed in a Phoenix crash on Tuesday, Dec. 7, the police department says.

At around 10:15 a.m., officers responded to the area of 35th Avenue and Bell Road for reports of a crash.

That's where they found two cars that had collided and killed a 33-year-old David Smith. A five-year-old girl and a 64-year-old woman were also injured in the crash, police say.

Investigators say the Smith "was traveling northbound on 35th Avenue. The vehicle went left of center and struck an SUV traveling southbound." 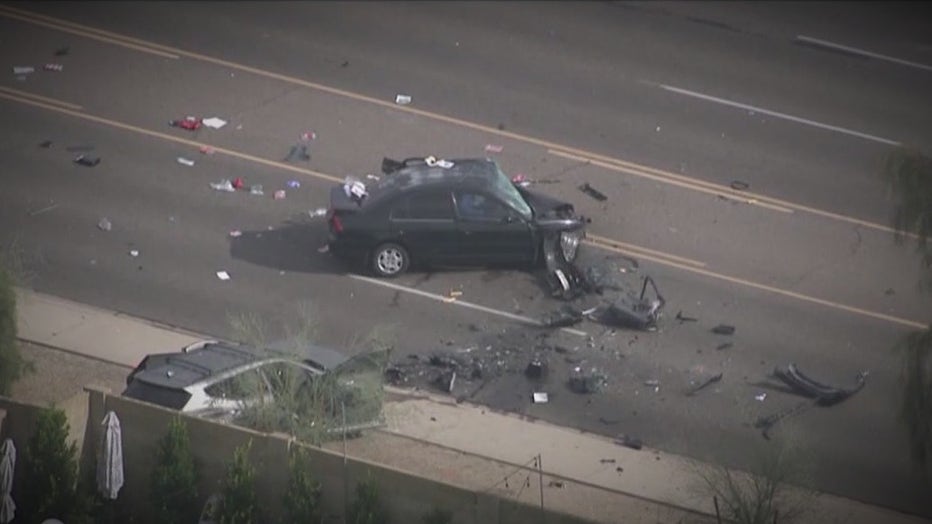