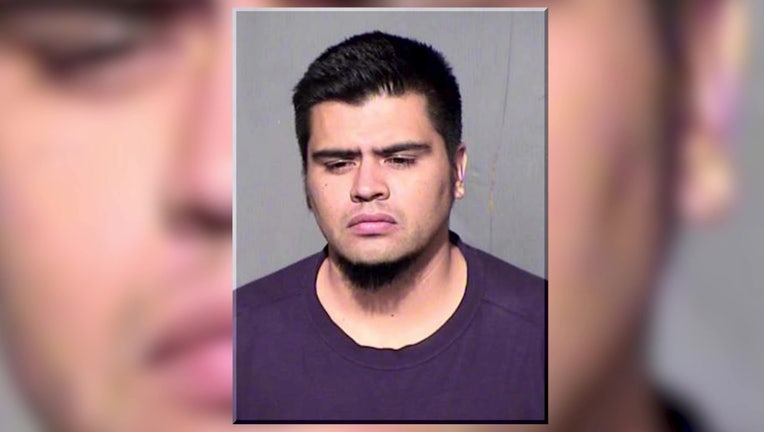 PHOENIX - Officials with the Maricopa County Attorney's Office say a man who was convicted of brutally beating a 9-week-old baby almost seven years ago has been sentenced by a judge.

According to a statement released on Jan. 4, 34-year-old Baudel Alejandro Bermudez was sentenced to 34 years in prison for two counts of child abuse.

"Bermudez was sentenced to 17 years for each count and the sentences are to be served consecutively," read a portion of the statement.

Officials say Bermudez was found guilty by a jury on Oct. 26 for the beating.

"Law enforcement and prosecutors in this office have fought for more than five years to provide justice for a helpless baby who will never have the opportunity to live a normal life due to the head injuries she sustained at the hands of someone who was responsible for her care," stated County Attorney Allister Adel, in the statement released on Jan 4.

According to a 2015 report issued by the Arizona Department of Child Safety, the baby, identified as Serenity, was taken to the hospital with life-threatening injuries, including multiple skull fractures and bleeding inside the skull. The baby's mother was reportedly at work at the time of the incident.

The baby reportedly spent two weeks in the hospital before returning home. Doctors did not think she would survive.

"She's finally made it home, but she does have a feeding tube," said Wendy Paez, a friend of Serenity's mother, in an interview with us in 2015.

At the time, Bermudez, who was identified as the baby's father, told police the baby fell off the couch when he was in another room, and then slipped out of his hands during a bath and hit her head. Doctors, however, said Serenity's injuries far exceed that.