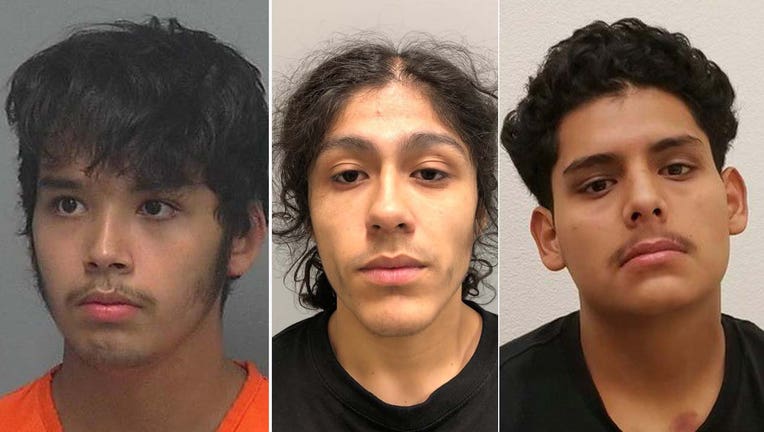 Jeramiah Anthony Rivera, 18, Miguel Angel Castillo-Tapia, 18, and Alfred Reyes, 18, were arrested in the shooting death of a 35-year-old man in Casa Grande.

CASA GRANDE, Ariz. - Three people have been arrested in connection to a shooting that left a man dead in Casa Grande.

According to police, officers responded to reports of shots fired just before 5:30 a.m. on July 18 near French and Ocotillo Streets and found 35-year-old Benjamin Harmer, who had been shot.

Harmer was pronounced dead at the scene.

Investigators say a gold, late-90s-to-early-2000s Chevrolet Tahoe or Suburban was spotted heading westbound after the shooting.

Murder and robbery charges for the three suspects are being submitted to the Pinal County Attorney's Office.