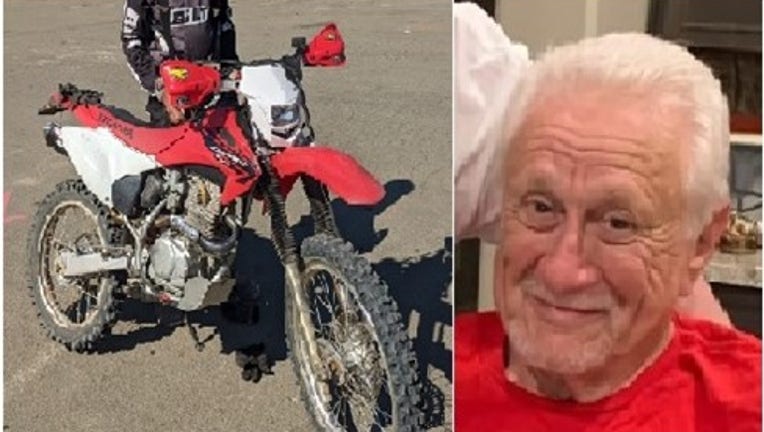 MESA, Ariz. - The Maricopa County Sheriff's Office says a man has been found after he was reported missing the morning of Nov. 21.

According to MCSO, 78-year-old Larry Randal was riding his dirt bike into the Bulldog OHV recreation area from the Usery Pass Road entrance at 9 a.m.

Randal went off-roading using his red and white Honda CRF-230. He was planning on returning home by 5 p.m. Saturday night.

"Larry was described as being friendly and self-sufficient with no recent medical conditions," stated MCSO officials.

The following day, just before Noon, MCSO reported that Randal had been found and is okay.