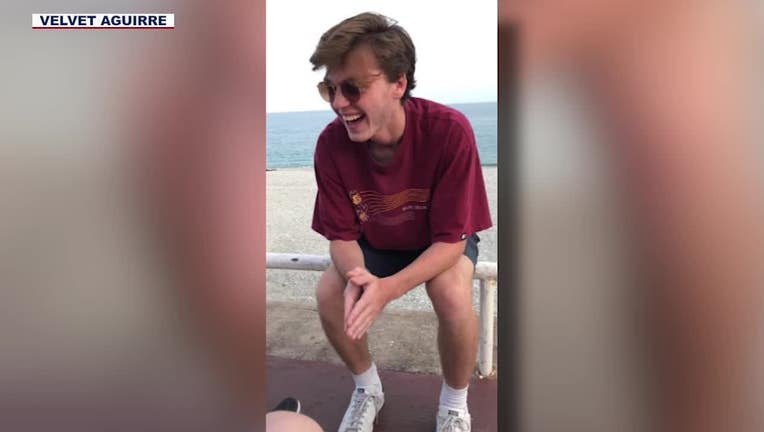 PHOENIX - FOX 10 has obtained a medical examiner report on the death of an ASU student in late 2019.

According to a FOX 10 report at the time, 20-year-old Ivan Aguirre was found dead inside his dorm room in Tempe. Aguirre was just starting his junior year at ASU when he died, and would have turned 21 in December 2019.

According to the medical examiner report, Aguirre's death has been ruled as the result of fentanyl and etizolam intoxication. The report states that Aguirre was seen taking several pills in the hours leading to his death. The pills were described in the report as possible Xanax pills, but a toxicological analysis found no Xanax in Aguirre's system.

The analysis, according to the medical examiner's office, did reveal the presence of fentanyl, etizolam, metabolites of marijuana, and components of nicotine, caffeine and related metabolites in Aguirre's system.

The Medical Examiner's office has ruled the manner of death as accidental.

An ASU spokesperson has issued a statement in response to the report.

"Drug and substance abuse is a societal challenge that sadly we are not immune from at the university. ASU has ongoing efforts to educate students about the dangers of drug and substance abuse. We are devoted to prevention and education strategies while making resources readily available to those who are affected by drugs or alcohol," read a portion of the statement.

In addition, ASU officials listed some of their initiatives in regards to drug and substance abuse, including an online course about health decision-making for first-year students, along with various other programs to assist in recovery.