The violent encounter, which was caught on camera, reportedly left one man bloodied.

20-year-old Mason Jones admits he was extremely drunk at Country Thunder when he yelled profanities at deputies who were on patrol at the Coyote Camp area, but he says he didn't deserve to be arrested and beaten by the deputies for doing so. 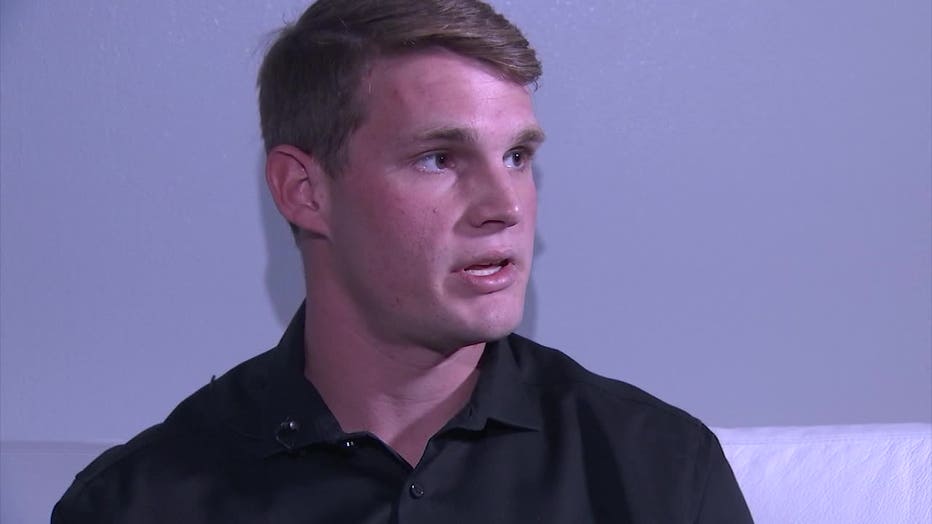 "He had blood all over him, and all I did was call him a name," said Jones.

Jones says a group of PCSO deputies retaliated against him because he yelled profanities at them.

"They brought me straight to the ground," Jones said. "I repeatedly asked them what are you arresting me for? Why are you putting me in handcuffs? They said stop resisting arrest." 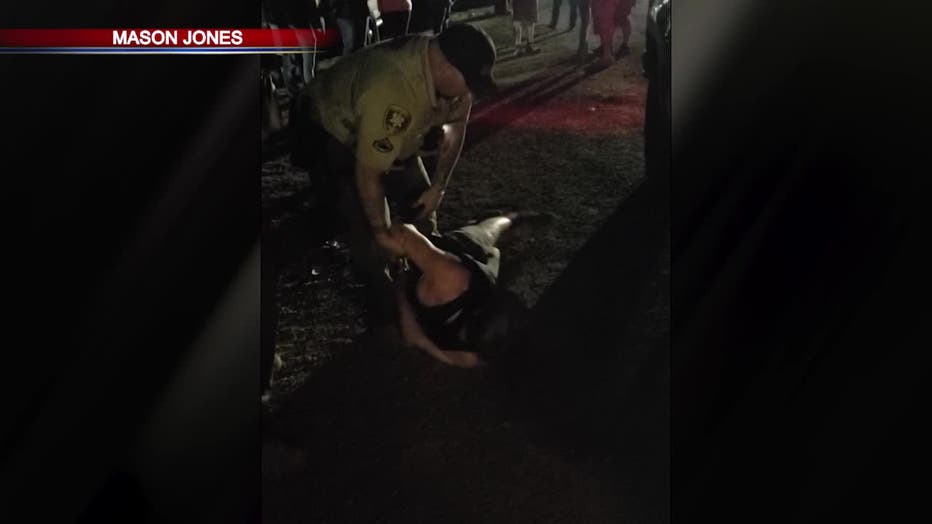 In the video, deputies can be seen forcing Jones to his feet, and then walk him to the backseat of a patrol car. Then, a struggle can be seen behind the door.

"He cocked his right hand and kept punching me over and over again," said Jones. "After they finished beating me, they maced me and shut the door."

Deputies then placed two more men in handcuffs, including the man who was recording the encounter. According to the deputy's report, after Jones yelled profanities at him, he decided to "remove and trespass Mason from the Country Thunder event."

The deputy says as he tried to secure him in the backseat, Jones became violent and kicked him in the groin. The deputy then punched Jones in the face.

According to the report, the deputy "delivered two more closed fist strikes " because Jones kept kicking. Another deputy pepper sprayed Jones to get him to comply. 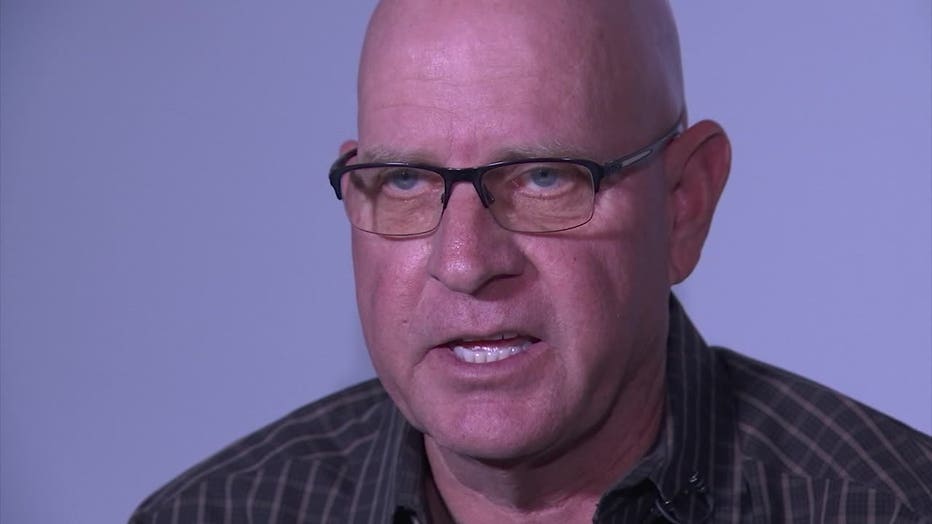 "It was not Mason's finest hour. I'm a little ashamed of what he did, but after you're in handcuffs in the back of a police car, you should not be assaulted and sprayed with mace," said Chris.

Jones was taken to the hospital after his arrest. He says he suffered a concussion and permanent eye damage.

Jones was originally facing several felony counts for resisting arrest and assaulting a peace officer. He later took a plea deal and was sentenced to 80 hours of community service.

Officials with PCSO say it cannot comment on this story at this time due to ongoing litigation.