NEAR SEDONA, Ariz. - There are plenty of great views of Sedona Red Rock Country. and some are easier to get to than others. One of those not so easy sites to get to is Merry Go Round Rock, even though it's becoming one of the most popular Sedona sites.

"There were grizzly bears in Sedona up until about the 1930s, and they would often be seen wallowing in that wash, hence the clever name Bear Wallow Wash and Bear Wallow Canyon," said Rob MacMullan with Pink Jeep Tours.

Through Bear Wallow Canyon, just minutes outside of Sedona and up Schnebly Hill Road sits Merry Go Round Rock.

It isn't a breeze to get to the rock formation. The road is long, windy and bumpy, and it's not advised to try and reach it by car. Most who do don't make it very far.

"It is rugged, it is 4x4. There are a few sections that require technical driving," said MacMullan.

For people who want to come take in the beauty, it is best to get up the hill with the help of Pink Jeep Tours, or with a high clearance 4x4 vehicle. MacMullan says Merry Go Round Rock has gotten more well-known with the help of social media.

"Merry Go Round is great because you have a spectacular view of the rock formations that are in the foreground that are right nearby, both to the left and right of the canyon and down below, but also beyond that you can see the City of Sedona and beyond that, you can see all across the Verde Valley, all the way to Cottonwood, Jerome area," said MacMullan.

MacMullan says it's also become a popular spot for weddings, with people flocking to the area to tie the knot.

"Merry Go Round, which we sometimes call 'Marry Go Round' is a great spot for weddings because it faces southwest into the west, and so at the end of the day, you get this gorgeous light, and there's this ledge with a fantastic overlook and it's a great spot to get married," said MacMullan.

The area is fairly private due to the rough terrain, but the fresh air, blue skies, and stunning views are always worth the effort. People do not need a permit to visit Merry Go Round Rock. 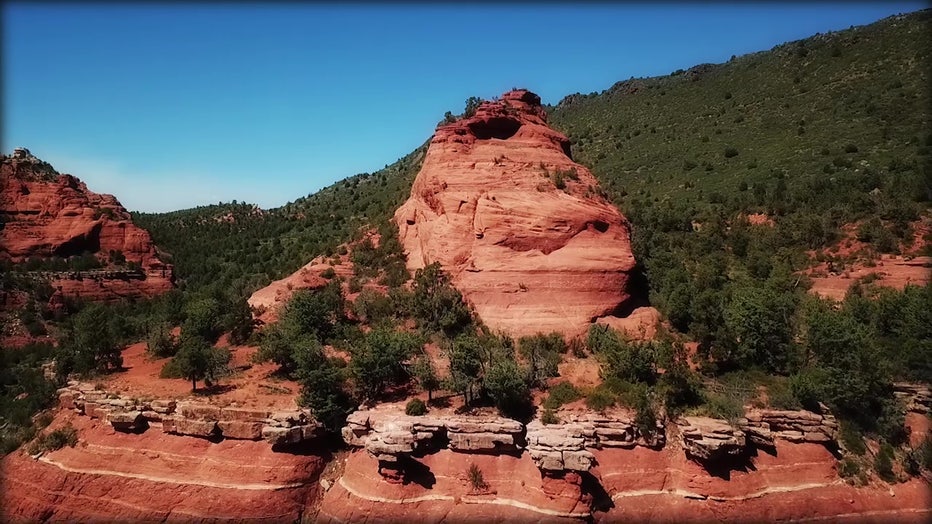