MESA, Ariz. - Mesa Fire officials say three people, including a four-year-old, were taken to the hospital in critical condition following a crash along the Loop 202 Red Mountain Freeway on May 22.

According to a brief statement, the incident happened on the westbound lanes of Loop 202 and McDowell at around 8:10 p.m.

"Crews arrived on scene to find a single vehicle that had rolled over and ejected all three people inside the vehicle," read a portion of the statement.

Besides the four-year-old, fire officials say a woman in her 20s and a man in his 30s were also taken to the hospital.

The Loop 202's westbound lanes were closed at McDowell, but have since reopened.

An investigation into the crash is ongoing. 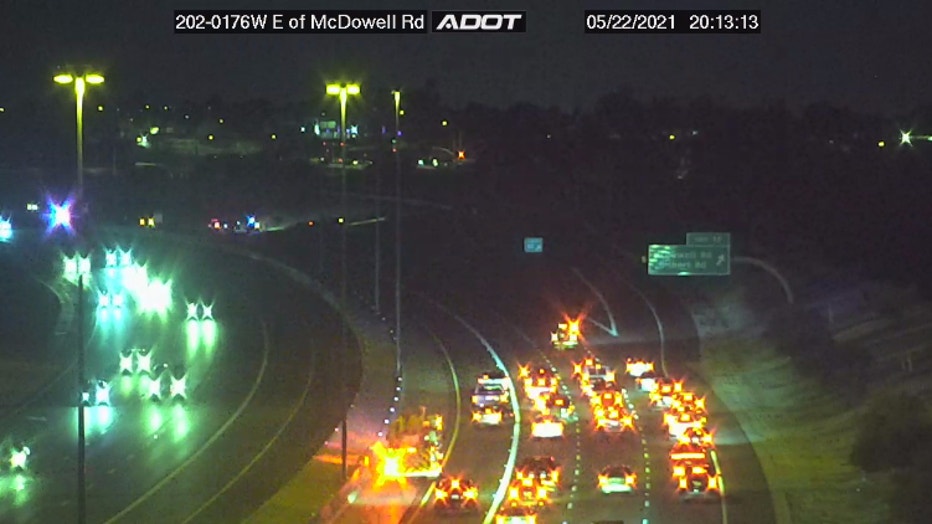