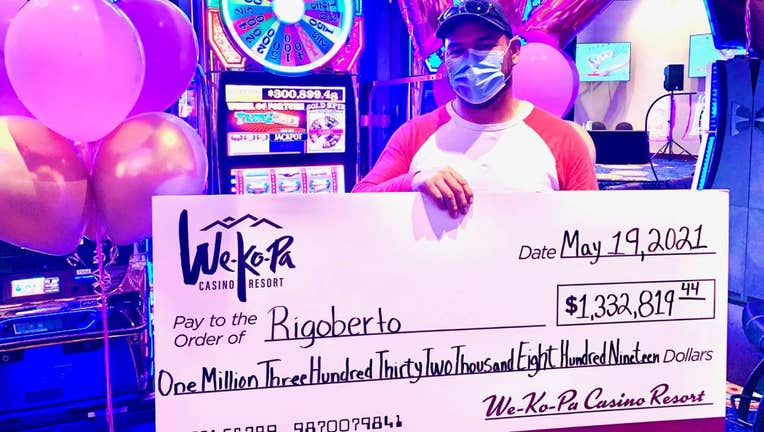 FORT McDOWELL, Ariz. - A Mesa man is waking up a lot richer after hitting it big at an Arizona casino.

Rigoberto Munoz won $1,332,819.44 on a dollar Wheel of Fortune slot machine at the We-Ko-Pa-Casino Resort on Wednesday night.

Casino officials say receiving a payout this large on a slot machine is very rare. 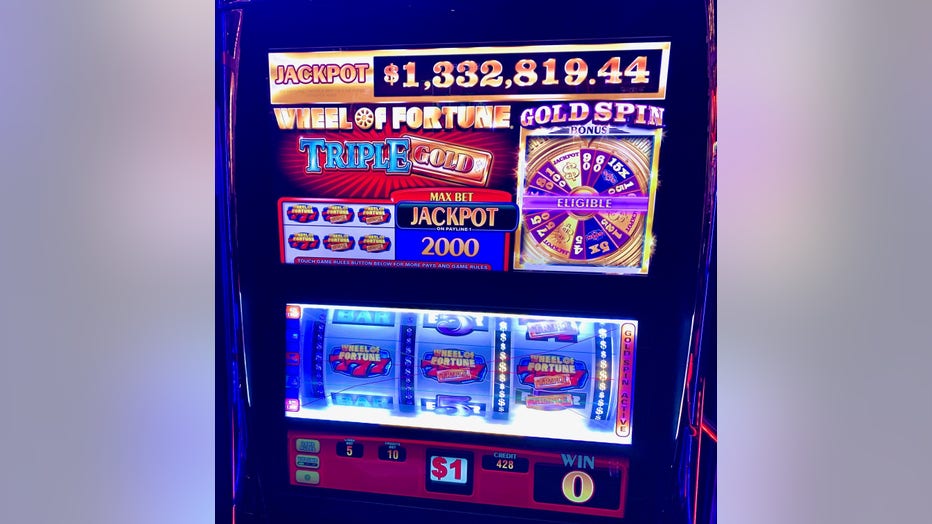 "I was just about to leave and decided to put another hundred-dollar bill in there," Munoz said on May 19. "Then I hit the Wheel of Fortune, the big one. I'm really excited and can't believe it – I'm still pinching myself. I have no words."

Munoz, a husband and father, has been a cardholder at the casino since last year.

A new law signed by Governor Doug Ducey will make it a crime to park a vehicle that blocks a big enough part of a sidewalk to prevent someone using a wheelchair from passing.

Rúla Búla, which has been in Tempe for decades, it closing its doors after the business failed to reach an agreement with its landlord on an extended lease. meanwhile, the bar is holding a series of celebrations ahead of its closing date of May 22.

Quinnipiac University in Connecticut was one of 18 women’s golf teams hoping for a shot at an NCAA Championship – and then, at their regional in Louisiana, they were told it was over, but this story doesn't end on a sad note. FOX 10's Matt Galka reports.