Mesa Public Schools proposal would give raises to teachers

MESA, Ariz. - Teachers in Arizona's largest school district could be getting a raise.

The Mesa Public Schools governing board voted on June 21 to potentially spend $12 million on salary increases.

The decision isn't final, and the board will hold an official vote next month after holding a public hearing.

How it breaks down 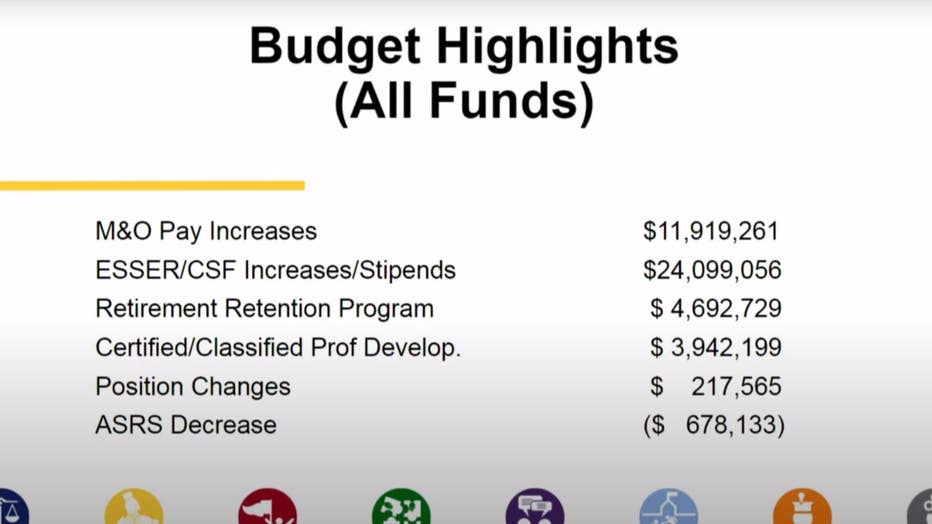 The proposed budget would raise the average salary for teachers in the district to just over $62,000 a year.

Just a few years ago, teachers in the district were making about $46,000 a year.

The budget also includes another $24 million on stipends and classroom funding.