Vanessa Martinez is sharing her miraculous story after surviving being shot in the head during a domestic violence situation in Mesa on Sept. 11.

PHOENIX - Vanessa Martinez is sharing her miraculous story after surviving being shot in the head during a domestic violence situation in Mesa on Sept. 11.

Police say the 31-year-old woman was shot by her ex-boyfriend Antwon Wilford – who is now behind bars.

The shooting turned into a barricade situation that led police and SWAT to make their way into the apartment from surrounding units.

The shooting was reported near Brown Road and Horne at 9 a.m. A 911 dispatcher said they could hear what sounded like an argument on the phone right before a male caller said he was cleaning his gun and shot a woman.

Police believed people were still in the apartment the woman came out of, so they began making announcements, asking anyone inside to come outside. Minutes later, three children, including a 2- and 4-year-old child, walked out of the apartment and were kept safe by officers.

The kids told police that "daddy had shot mommy."

SWAT was called to the scene after Wilford refused to come out when negotiations failed.

A neighbor in a nearby apartment unit told officers that Wilford was in his attic and had fallen through the ceiling before escaping back upstairs. Mesa Police would eventually use chemical agents to try and flush the man out of the building, and they eventually found him hiding in the same neighbor's unit.

Wilford was taken into custody for medical treatment and was booked into Mesa City Jail. He had three outstanding warrants for his arrest, also was on probation for shooting at his girlfriend while she drove away from their apartment last year. 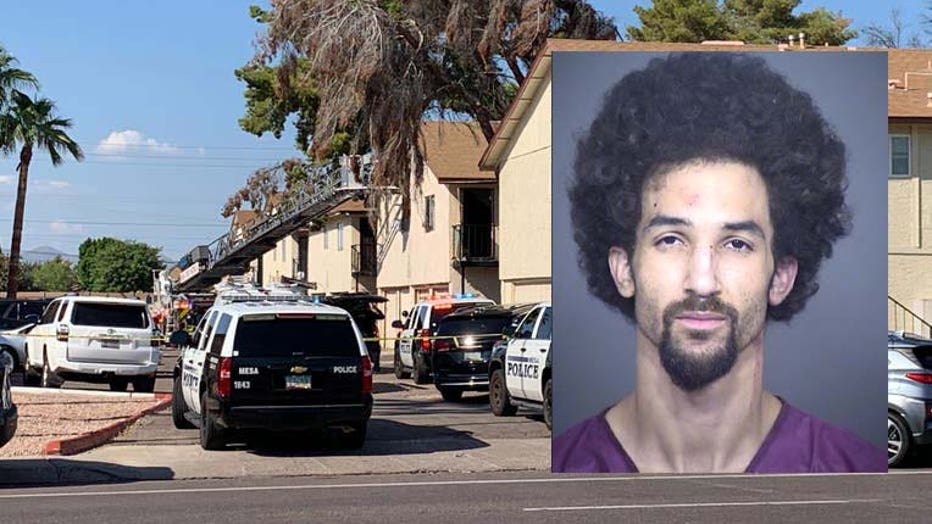 ‘I can hear him telling me he’s sorry' 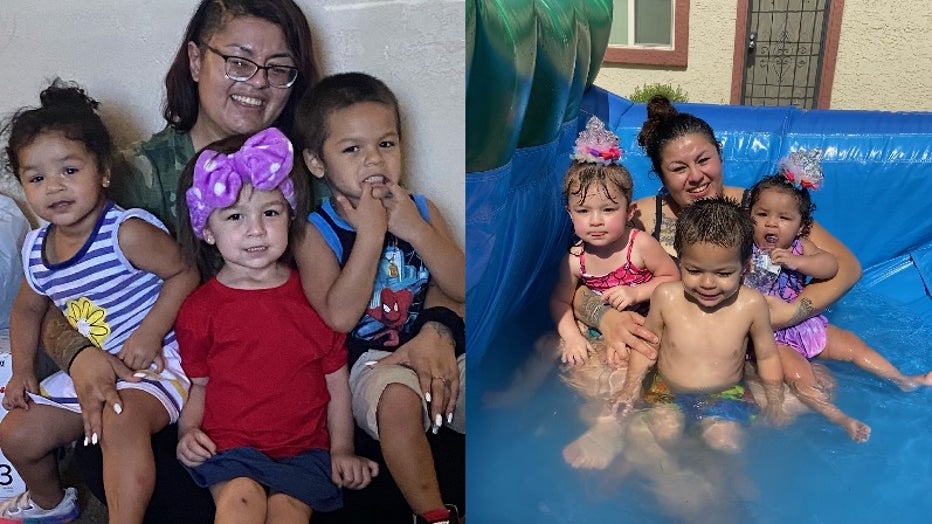 Martinez is on the mend and is recounting what led up to and happened after the shooting.

She will be back in surgery in March and says she's grateful to be alive. Walking, speaking and standing is still difficult for Martinez who found herself in an unthinkable situation nearly a month ago.

"I feel the burn in my face. I can hear him telling me he's sorry. He just grazed me. I'm scared I know I'm shot," she remembered.

She says it began on her daughter's birthday after coming home from buying a cake. She was confronted by the man who she says she had been trying to get away from.

Martinez says Wilford was angry and under the influence, forcing himself into the home where their three children, ages 4, 3 and 2 were inside.

"He jumps through the side window, we're arguing, we end up upstairs. At this point we're pushing and shoving and he draws his gun and the last thing I remember is getting shot," Wilford said.

Martinez said she had to have her skull reconstructed, with a long road to recovery ahead.

"The bullet went through right here, came out. I had skull fragments in my brain. They took them out. They had to take out a piece of my skull," she said.

Her three kids are what kept her alive, she added. Now, she wants to shed light to anyone who feels like they can't get out of a situation.

"Try your hardest to get away," she warned.

Martinez will be testifying against Wilford in court and says because of this shooting, she has lost everything.

Anyone who would like to help Martinez on her road to recovery can visit this link.

Mesa woman shot in head by ex-boyfriend recovering; sends warning to others in abusive relationships