A woman who called 911 said that her boyfriend was near the Grand Canyon and that his father, 44-year-old Kaspar Ahrens, was holding him and the rest of their family at gunpoint against their will, the Coconino County Sheriff's Office said.

GRAND CANYON NATIONAL PARK - A Missouri man who allegedly held a family at gunpoint near the Grand Canyon has been arrested, authorities said.

The Coconino County Sheriff's Office says deputies received a call for a welfare check on a family from Missouri on March 18.

"The caller requesting the welfare check, also from Missouri, stated her boyfriend was in the area of Grand Canyon and the Supai Reservation and had called her reporting that his father was holding him and the rest of their family, to include an infant, against their will with a firearm," the sheriff's office said.

Deputies learned this same group of people was also involved in a hit-and-run incident the same day at the Grand Canyon Airport.

"The report at the Grand Canyon Airport was that a white truck had rammed through the gate going onto the tarmac and then left the scene," the sheriff's office said. 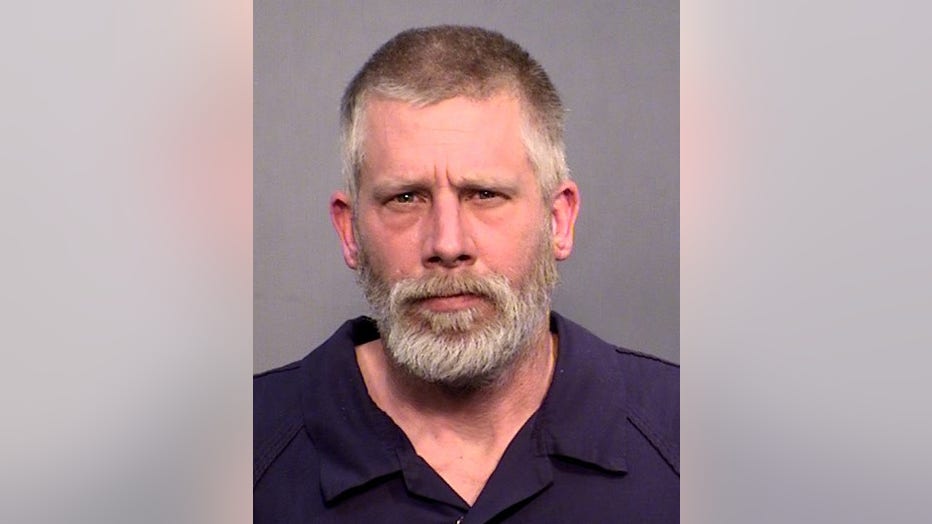 Authorities conducted an extensive search of Tusayan and the Grand Canyon National Park but could not locate the family or suspect.

The next day, the sheriff's office received a call from park rangers saying that a white truck had rammed a gate west of Tusayan.

"The description matched the vehicle involved in the earlier incidents," the sheriff's office said. "There was a Jeep with the truck as well. After crashing through the gate, the vehicles continued west onto the Supai Reservation and stopped in an area a few miles from the reservation line."

Authorities responded to the scene and found the suspect, identified as 44-year-old Kaspar Ahrens of Genevieve, Missouri. The family was found uninjured nearby.

Ahrens was booked into jail and is accused of multiple charges, including endangerment, kidnappings, and unlawful imprisonment. He is being held on a $75,000 cash bond.