Illegal party with 5,000 attendees broken up at Tonto National Forest

The Tonto National Forest requires a permit application to be submitted and approved for all gatherings of over 75 people. Officials say the regulation is for everyone's safety, especially when they are not prepared with enough law enforcement.

TONTO NATIONAL FOREST, Ariz. - More than 5,000 people gathered last weekend in the Tonto National Forest northeast of Phoenix for an illegal party that was broken up by U.S. Forest Service personnel, according to authorities. 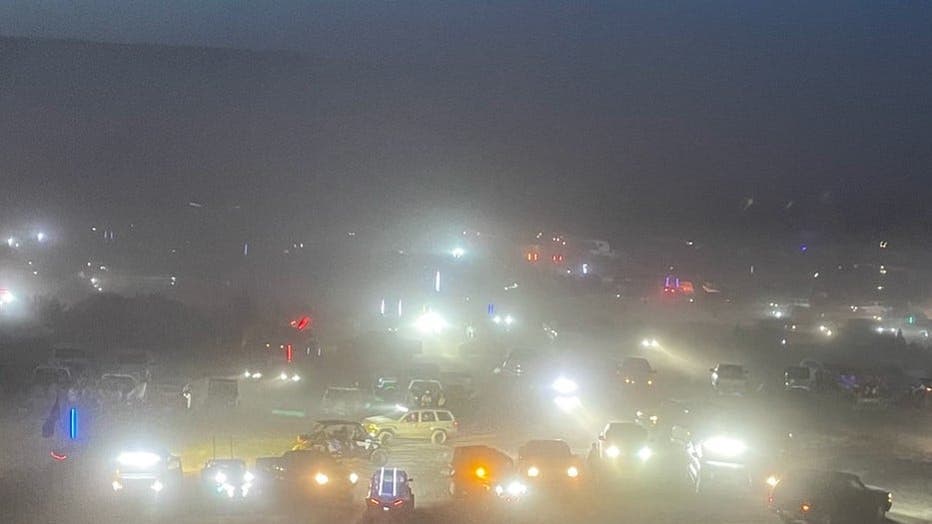 "So basically, a Facebook meet-up. They want to throw a brochure, a flyer up. Please come out and party with us, and that’s illegal, actually," said Mesa District Ranger Matthew Lane.

Forest officials say campers and partiers restricted access by taping off sections of the main road to designate the party area and vehicles were parked all along the main roads.

By the end of the night, there had been seven vehicle accidents reported and multiple reports of stolen off-highway vehicles. 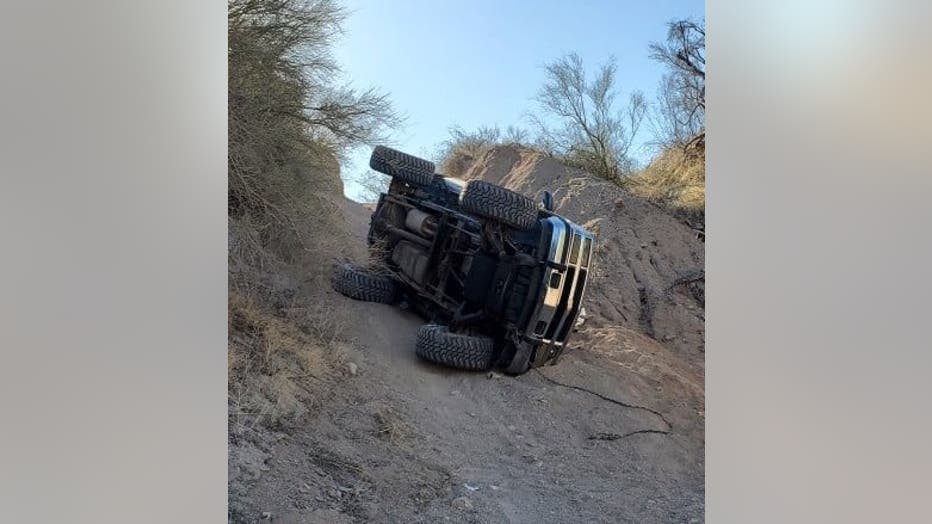 Authorities said one person was taken to the hospital after getting injured when two quads collided.

The Tonto National Forest requires a permit application to be submitted and approved for all gatherings of over 75 people. Ranger Lane says the regulation is for everyone's safety, especially when they are not prepared with enough law enforcement, and issues come up, like rolled-over trucks.

"We’re talking less than 20 people to try to enforce the rules out there for 5,000. It’s just not going to happen. At that point, it’s triage. It’s being out there for emergency, and there were several. One very serious where the person had to be life-flighted out. I mean, just trying to keep people safe out there. We can't do it with that many people," said Ranger Lane.

Mike Fitch, who lives in Strawberry, drives out to the site regularly. He said he was concerned about how everyone got home when we told him about the party, and the potential for what could have happened.

"Fire danger is the biggest thing of worry about out of all the stuff, because boy, this went up in seconds down here," said Finch.

People with an off-roading group on Facebook said it was their party, and that they spent the next day cleaning up the wash. Members of the group did not respond to our requests for an interview.

"Not a safe thing. I mean, I’m sure people had fun down there, but people got hurt. People got hurt from this event, and we’re lucky nobody died, so please don’t come and do this," said Ranger Lane.

Officials with the Maricopa County Sheriff's Office say no arrests were made, and at this point, they say they don’t know who the responsible party is.

This story was reported from Phoenix