PHOENIX - A group of unknown suspects shot and killed a man at a home near 91st Avenue and Indian School Road on Aug. 28, Phoenix police said.

Officers responded to a shooting call at around 4 a.m. in an area just north of Indian School Road. They found the body of 40-year-old Victor Garcia.

"When officers got to the scene, they learned that a group of people arrived at a home, confronted an adult male, and shot him," police said in a statement.

The suspects fled before police arrived. 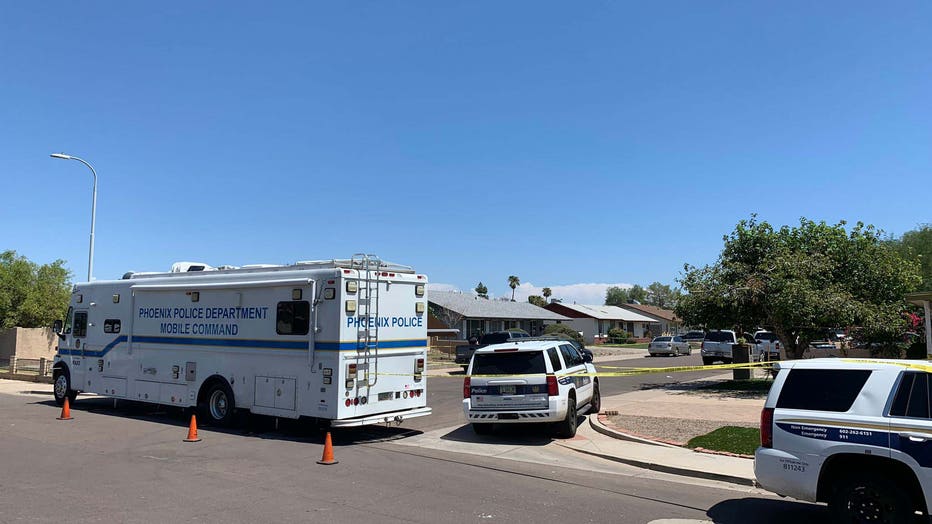 The scene of a deadly shooting at 89th Avenue and Heatherbrae.