PHOENIX - A woman is fighting for her life after suffering heat exhaustion while hiking up South Mountain, fire crews said Sunday.

A 60-year-old woman had been hiking a trail just before 7 a.m. when her daughter noticed that she was suffering from heat illness.

The daughter called 911, and firefighters found the woman a half-mile up the trail with "an altered level of consciousness."

The hiker was loaded onto a big wheel and was eventually taken to a hospital in extremely critical condition.

Phoenix, Tempe and Chandler fire crews all helped with the rescue.

Take a Hike. Do it Right campaign: https://www.phoenix.gov/parks/hikeright

Phoenix Fire released video of a woman being carted away in a stretcher after she suffered heat exhaustion while hiking South Mountain. 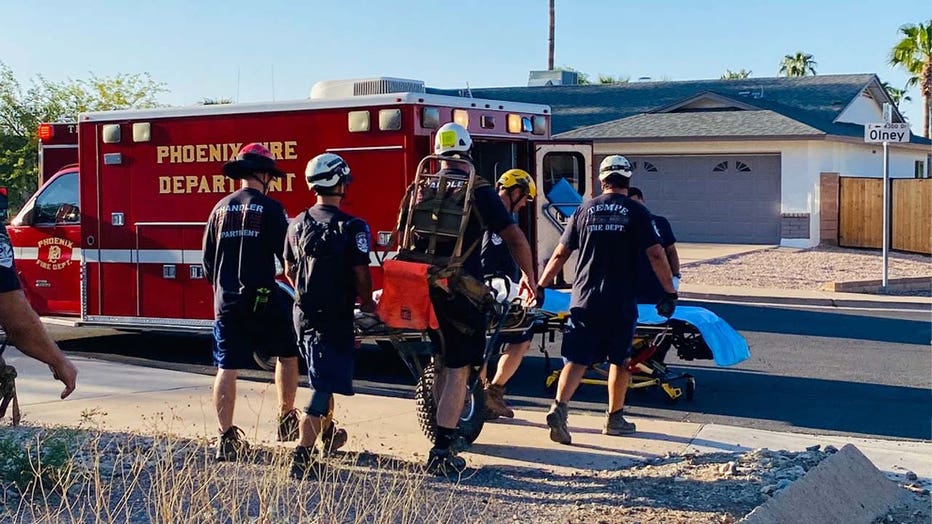 A woman is taken to an ambulance after experiencing heat exhaustion on South Mountain. (Phoenix Fire)