The Navajo Nation has a majority of its roads unpaved, causing impassable roads during monsoon season. Now, the federal government is looking at how it can help the tribal land through infrastructure funding.

NAVAJO NATION - A lawmaker who represents the Navajo Nation brought light to a major infrastructure issue the community faces recently, and has faced for a while, when monsoon season hits Arizona.

Now, the issue is being looked at by the U.S. Department of Transportation Secretary, Pete Buttigieg, during talks of infrastructure funding allocations.

District 7 Rep. Jasmine Blackwater-Nygren says, "My sister who has three very young children, only her husband works, he couldn't get to work yesterday. So they literally had to choose to make a paycheck yesterday."

"The roads have been washed out and I believe it was yesterday the roads were so bad that in the morning time, people weren't able to get to work or drive through the roads because it's a dirt road and it's washed out," she said. 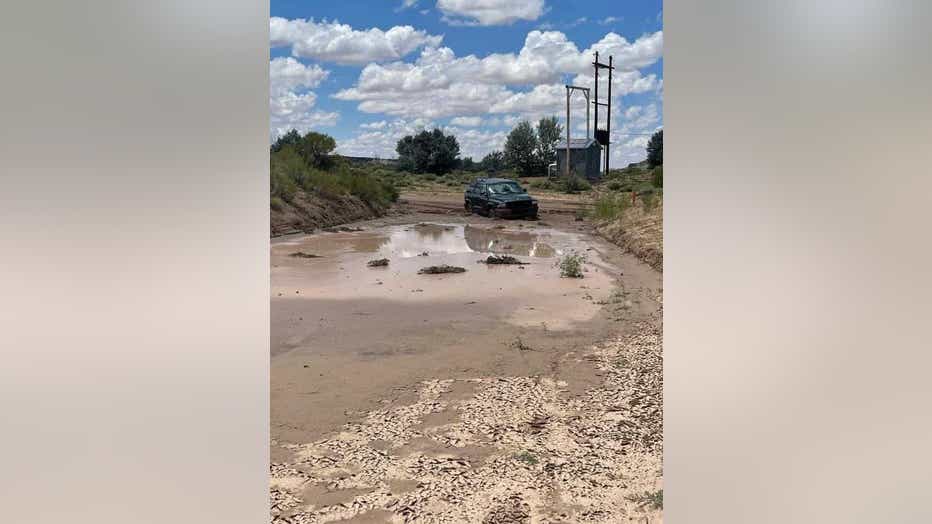 Wallace James Jr. has lived along dirt roads in Cornfields, a neighborhood of Navajo Nation, his whole life.

84% of roads in Navajo Nation are dirt and many were washed away just days before the start of school.

"The majority of the roads washed out were actually bus routes for our unified school district," he said.

"Roads that go to high-risk patients are are our priority now, like diabetics and those that need to see health care professionals," Nez said.

These dirt roads are being talked about at D.C.

"Roads that kids count on to get to school. Families count on to be able to get to work and connect to other communities. They’re just not in acceptable condition," Buttigieg said.

Buttigieg spoke with FOX 10 one-on-one after a bipartisan group of senators announced they reached a deal on the $1.2 trillion infrastructure plan.

As of July 31, Navajo Nation doesn't know how much funding it could receive to pave roads.

Buttigieg was asked if dollar amounts have been suggested for reservation lands.

His response was, "It hasn’t been built on a project by project basis but we’re talking about a $1.2 trillion vision for our nation and a big chunk of that is for rural and tribal areas."

However, this bill won’t address the red tape concerns Navajo Nation has paving these roads.

"We don’t have years. That’s how long it takes sometimes in Indian country," Nez said.

As school begins in just days on washed-out roads, Wallace is just hoping for some improvement. "I’m praying that some of that money does come to the Navajo Nation," he said.

Many in the Navajo Nation are having to choose between work and safety when driving on flooded rodes after monsoon storms wreaked havoc on unpaved areas.