KINGMAN, Ariz. - A Nevada pilot was killed in a plane crash at the Triangle Airpark in White Hills, Arizona on Saturday, according to the Mohave County Sheriff's Office.

Deputies say the crash happened at 1:30 p.m. on Feb. 19. When authorities arrived to investigate, they found the remnants of a single-engine Cessna plane and debris scattered around the airpark.

The pilot, identified as 73-year-old Richard Dennis Moynihan, died at the scene. He was a resident of Boulder City, Nevada and was the only one in the plane.

The FAA and the National Transportation Safety Board will be investigating.

Triangle Airpark is about 45 miles northwest of Kingman. 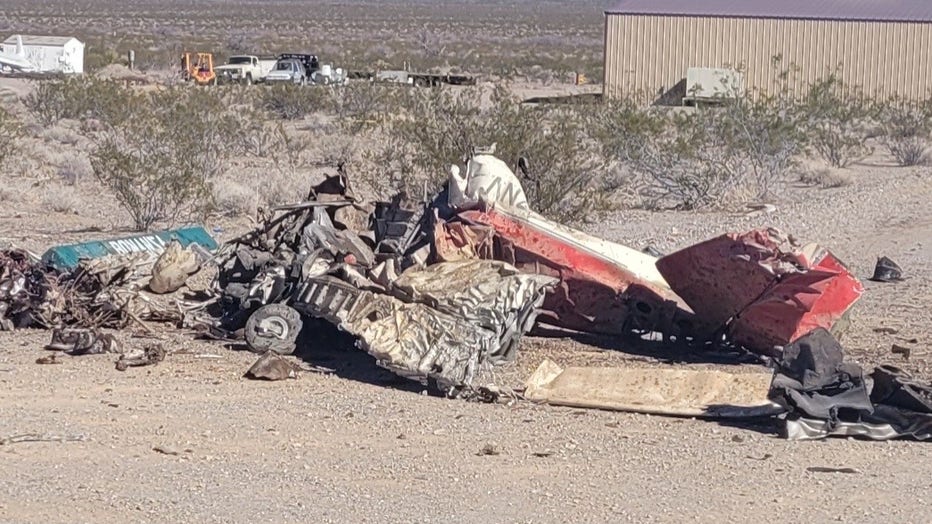 The scene of a plane crash near Highway 93 in White Hills. (Mohave County Sheriff's Office)