SCOTTSDALE, Ariz. - It's been two years since six people died in a fiery plane crash in North Scottsdale.

The plane crashed on a golf course shortly after taking off from a nearby airport.

The Piper Comanche aircraft was airborne for just 70 seconds, and its horrifying final moments were captured on a traffic camera.

The plane struggled to gain altitude, only reaching 200 feet. As it made a left bank, possibly to return to the airport, the angle increased, and the plane lost lift, eventually plunging to the ground.

The ensuing impact, explosion, and fireball killed all six people on board. One of the victims was identified as 23-year-old Maria Koogan. 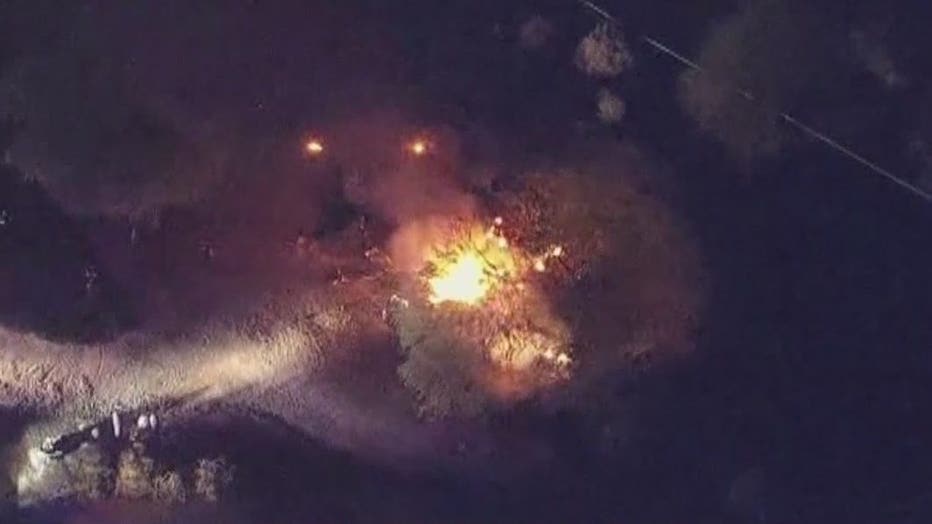 Officials with NTSB have issued a final report into the cause of the crash. The report blames the pilot for taking off with an overweight, out of balance aircraft, and failing to control it in an emergency. In addition, there was a damaged engine part that had previously gone undetected.

According to the report, the plane was 135 pounds overweight, with too much weight distributed to the rear of the airplane. During takeoff, the plane was clearly struggling, failing to gain altitude with the wings rocking back and forth.

The difficulties led to an exchange with the tower, where the tower asked if the plane was experiencing any difficulty, with the pilot responding, saying they are in training mode.

28-year-old James Pedroza, a student pilot, was in the left seat, typically occupied by the person flying the aircraft. His instructor, 32-year old Erik Valente occupied the right seat.

Officials with NTSB could not determine for sure, who was actually flying the aircraft, but Valente, as instructor, would ultimately be responsible for everything that goes on inside, including the weight and balance of the aircraft, and controlling it in an emergency.

Pedroza had small traces of cocaine metabolite and ecstasy in his system. The NTSB determined this indicated past, not immediate use, and ruled drugs or impairment were not a factor in the crash.

In addition, officials with NTSB discovered an engine intake cylinder valve-spring failed, which further hampered the plane's ability to climb.